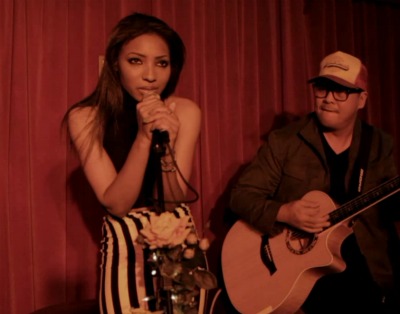 Wynter Gordon is one of the freshest new voice in pop to keep your ear on. After storming up the charts with "Dirty Talk" last year, the singer just released an excellent new EP in the U.S. that is filled with forward pop gems, including the very, very good "Still Getting Younger" that she wrote and produced together with Empire of the Sun's Nick Littlemore.

In anticipation of its release in the U.S. this fall, Wynter released her debut LP "With The Music I Die" in Australia last month following the incredible success of her new single "Till Death" down under. The album includes more exciting new tracks that she collaborated on with Ace of Base (yes!) and Robbie Rivera.

Wynter has been spending lots of time in Australia to promote her debut album and recently stopped by the SameSame.com.au Live Lounge to perform a few ditties acoustically. Watch and listen to her stripped down versions of "Dirty Talk," "Buy Me Love" and "Till Death," plus covers of "My Girl" (dubbed "My Boy"), Katy Perry's "E.T." and Arcade Fire's "Wake up." It's a fantastic, flawless and adventurous performance that neatly spotlights her incredible talent. Watch the videos after the break.

[REVIEW] Wynter Gordon "With The Music I Die" EP 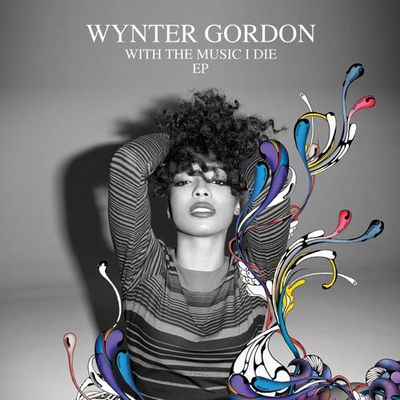 Wynter Gordon sure knows how to write a hit song. The 25 year-old New York City native turned heads when she first broke through in 2005 after penning the title track for Mary J Blige's smash hit "The Breakthrough." More songwriting success followed. Gordon wrote hits for artists like Danity Kane and Jennifer Lopez, plus she co-wrote and was featured on Flo Rida's platinum-selling "Sugar."

The singer fully stepped out in the spotlight as a vocalist and performer in 2010 when she released "Dity Talk," a full-throttle dance pop track that put Gordon in pole position for continued success.

In anticipation of a full-length album release later this year, Gordon unleashed a brand-new EP "With The Music I Die" this week to satisfy fans and further build out her evolving brand of pop. The release includes 4 brand-new tracks, plus two extended remixes of "Till Death" and "Buy My Love."

"With The Music I Die" serves up a potent collection of hook-laden, electro-edged and dancefloor-ready pop songs that deliver both sass and swagger. A good of example of that sound is her new single "Till Death" that is driven by a kinetic, throbbing beat that fuels Gordon's raving lyrics. She proclaims, "Till death do we party, with the music I die."