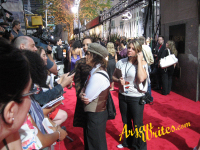 It was really fun to meet Linda Perry backstage on Thursday. I don't think she needs much of an introduction, but if you are not familiar with her you should know that is she responsible for much of the success of artists like Pink and Christina Aguilera. She wrote many hits for them including "Beautiful" and "Get The Party Started." According to her biography, she also worked with Jewel, Sugababes, Robbie Williams, Fischerspooner, Julliette and the Licks, Gavin Rossdale and many others. Perry is also an out and proud lesbian who is not afraid to speak her mind.

Perry is a badass rock chick who is somewhat of a reluctant role model for gays and lesbians. "Look at me, I'm negative, I'm a terrible singer. How can I be a role model?," she laughed. "I just love music and the fact that I can do that full time is fucking great."

Her greatest guilty pleasure is the Kelly Osbourne album that she worked on (and got her in some hot water).  "If you ever have a chance to listen to it, do it. The entire record is amazing. Too bad Kelly didn't promote it," Perry said.

Perry also loved working with Christina Aguilera on her new jazz-oriented new album "Back To Basics." "It was really great to work with Christina again," Perry said. "She had a really great focus on what she wanted to achieve. It was challenging for me, but I loved that because I want to be muscially challenged. It is sort of boring for me if pop artists just want to do the same old thing," she explained. "Because radio really sucks and MTV sucks, so if somebody tries to do something different that's at least something."

I also asked her straight up why she thinks Pink's latest record is not connecting with many audiences in America. "Her last album just sucked. Every body can vouch for that," she said.

Perry also revealed that she just finished working on Courtney Love's new album and that she is also writing for singer Ben Jelen who is on her Custard record label. "I love Courtney," she says. "We are like peanut butter and jelly." 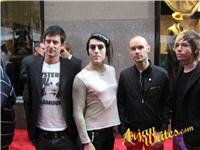 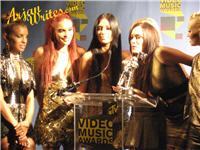 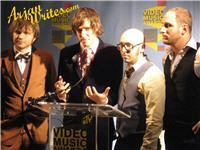 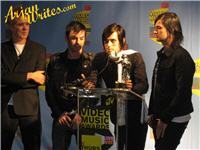 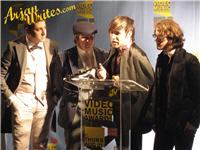 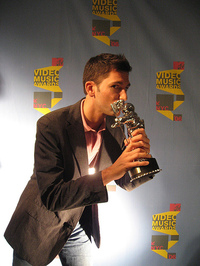 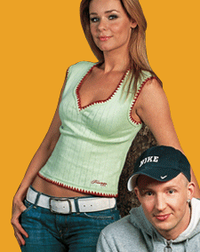 Everybody is going ga-ga over the 2006 MTV Video Music Awards. Also the Dutch want to get in on all the action and I am going to give it to them! Arjan will be appearing live and direct from NYC on the hugely popular Radio 538 radio channel on Friday together with hotter than hot DJs Niels and Froukje. If you are in the Netherlands, make sure to tune in to Radio 538 during your evening commute (between 18:00 and 19:00). Americans can stream the show on the the Radio 538 web site between noon and 1 p.m. ET. (The show will be in Dutch though, but you can still make out the fun banter and enjoy those rocking European tunes.)

New York City is going a little insane today. And so am I! Will be back with regular posting soon.