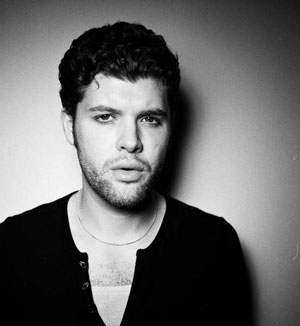 Mark Ronson protégé Daniel Merriweather has dropped a new tune, and it is a hot one. "Change" features the Australian's suave and soulful vocals plus a tight delivery by StarTrak MC Wale. This tune will have you tapping your feet instantly. 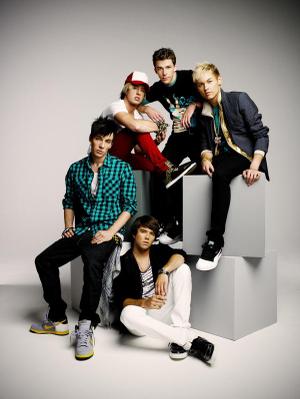 Are you ready to give in to a sugar-sweet guilty pleasure?

Put your crunchy tunes aside for a moment, and listen to Varsity Fanclub's "Future Love." The song was written by Ryan Tedder of One Republic and it is gaining momentum across radio stations across the country. With their slick hairstyles, neatly groomed faces and carefully styled outfits, Varsity Fanclub might very well be the next Backstreet Boys. Suave dance steps and corny harmonies included.

A new Brit pop band is hitting the scene. Meet hotly tipped London based five-piece Red Light Company who are releasing their new single "Meccano" through Lavolta Records next Monday.

The melodic qualities of their pop-rock reminds me a little of The Killers. Vocalist and guitarist Richard explains that "Meccano," is based "around an imaginary conversation between two old friends and the distance growing between them as their lives go on. It's about the regret of a passing friendship."

Red Light Company released their debut EP "With Lights Out" in May, which garnered them critical acclaim. BBC's Zane Lowe declared them to be "a band everyone’s shouting about, so so good" in fact he liked them so much that he has booked them for a session to broadcast on Wednesday August 13. DJ Jo Whiley raved  that "Mecano" is "a song that’s heads and shoulders above everything else, grabs your attention straight away… love it."

Sounds like a band to keep your eye on. MIA's new single "Paper Planes" catches some second wind and is shooting up the download charts with help from the trailer for the new movie Pineapple Express. The song is featured in the trailer for the movie, and has increased to #9 on the iTunes singles chart and #8 on the albums chart. The song is MIA's version of a mid-tempo joint with her distinct vocals and infectious dance beats mixed together with shotgun blasts and cash-register ka-chings and also a sample of The Clash classic "Straight To Hell."

Is there such a thing as violin pop? Well, now there is.

Check out Lili Haydn's frivolous and fun video for her new single "Strawberry Street" that is taken from her third album "Place Between Places." Haydn is  an alternative singer-songwriter-violinist who is one of the most requested sessions violinists in Los Angeles who has recorded with people like Josh Groban, No Doubt,  Hootie & The Blowfish and even the Los Angeles Philharmonic Orchestra.

Lili joined forces with Roko Belic, the Academy Award-nominated director for the film Genghis Blues to record the video for "Strawberry Street."  It was shot at a soundstage as well as on the streets of East Hollywood in Los Angeles, where Lili, armed with her violin like a pied piper, leads a group of revelers who are all looking to achieve a "transcendent" state of mind.

A committed humanitarian and activist, Lili announced on Monday that she will perform at select cities during the Human Rights Campaign's True Colors tour this summer together with artists like The B-52's, Tegan & Sara and Joan Jett. Even more reason to play close attention to this very special talent.