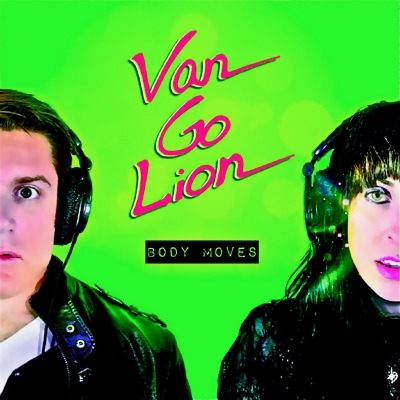 You really don't have to head all the way to Europe to find some fresh new dance pop. Take for example newcomers Van Go Lion. Their new single "Body Moves" is a finely-cut slice of throbbing electro-pop with sparkly synths and uplifting vocals that was inspired by some of the finest European dance pop but was produced, yes, right here in Portland, Oregon.

Van Go Lion is the teaming of Amy Paige (vocals) and Josh Loerzel (synth) who skillfully craft a fresh and forward new pop sound that they like to describe as "Disco Disney fairy tales meet Donna Summer on planet Eurythmic in a 21st Century new wave Pop wonderland." Ha! I'd like to just call it simply irrisistible.

It should not come as a surprise that one of the duo's biggest inspirations is none other than Swedish pop pixie Robyn. "She is one of the best examples of a pop artist who keeps creative control and artistic integrity. Her pop sense is insane." Amy Paige writes me.

With "Body Moves," Van Go Lion delivers more proof that dance, pop and electro is no longer just a European affair but can be cooked up here in the U.S. as well. It was about time. (Support new pop and download Van Go Lion "Body Moves" on iTunes or Amazon today.)