With her Emmy award-winning role as the elegantly wasted Karen Walker on "Will & Grace," the popular television sitcom launched Megan Mullally’s career as a queer icon with a fanatic gay following around the world.

The Oklahoma native was preparing recently for the sixth season of one of NBC’s most popular Thursday night programs when she spoke with Arjan on the show’s set in Studio City, Calif., about its groundbreaking storylines, gay humor, her bisexuality and queer television. 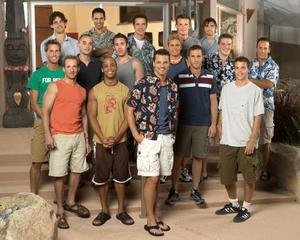 James Getzlaff, the handsome "Boy Meets Boy" star, was cruelly tricked by his producers who secretly included straight contestants in the gay dating show. Was it worth it for? Is he still with Wes? Did he know anyone was straight? And was there any behind-the-scenes action? James spills it all in a recent interview with PlanetOut. Some of the highlights:

James on the entire experience of the show:
"Of course, if I had a choice to do it again, I wouldn't. And if I were one of the producers creating the idea, I would have never put straight people in there."