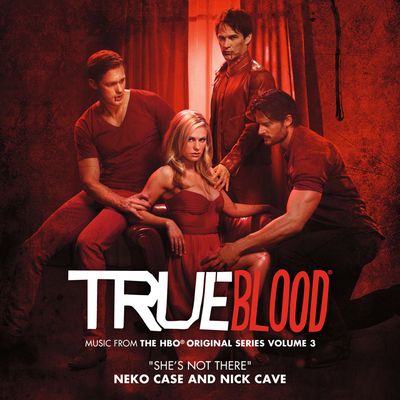 The immortal, freaky, twisted and supernatural made a glorious return tonight on the season premiere of the HBO hit show True Blood. With a circle of possessed new witches, fearies gone rogue, vampires taking control and a new king in town, this new season of True Blood is shaping up to be one to stay tuned in for.

True Blood music supervisor Gary Calamar wanted to add some fresh original music to tonight's episode and brokered a collaboration between Neko Case and Nick Cave covering The Zombie's classic "She's Not There." The song played during the end credits of tonight's episode.

The result of the teaming between Neko Case and Nick Cave sure is a crunchy brew that fuses Cave's spooky vocals with Case's mesmerizing delivery that neatly captures the extremes that keep viewers on the edge of their seats with every new episode of True Blood. (Download Neko Case & Nick Cave "She Not There" on iTunes now.)