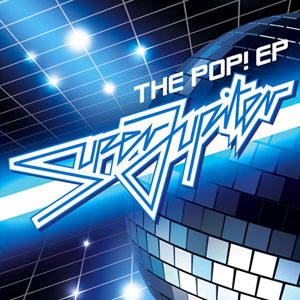 This is song is so insanely catchy. It's unreal.

Following the European success of 2006's "You Know," Superjupiter's "Pop" is like a hearty Nordic stew of Scissor Sisters, Van Halen, Prince, Erasure and little bit of The Darkness. Warning: "Pop" is not for the faint of heart. Its tight disco beat, glammed up synth pumps and larger than life chorus might spin you right into cardiac arrest on the dance floor.

The song is the title track from Superjupiter's forthcoming new EP that will be available early 2009. That EP is prelude to a full-length album that is slated for release later in 2009. The masterminds behind Superjupiter are Norwegian duo Terje (vocals) and Hal 2000 (guitars). "Pop" was co-produced by Manhattan Clique (Katy Perry, Iglu & Hartly, Goldfrapp), while mixing desk madness comes via Drew Griffiths (Iron Maiden, The Darkness).