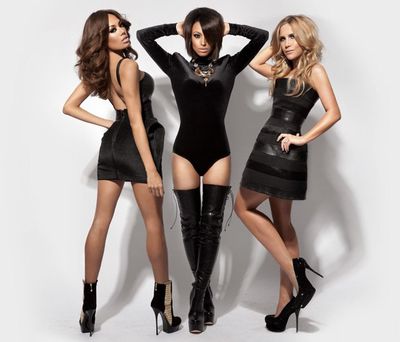 It's safe to argue that Sugababes are a true British girl pop institution. The group has not only delivered many memorable pop hits over the last 12 years but Sugababes has also been a platform for great vocal talent to launch solo careers from.

But let's not dwell too much on the past and look forward. The group of Heidi Range, Amelle Berrabah and Jade Ewen has been working feverishly in the studio to lay down new tracks for a comeback record with the intent to recapture the Sugababes essence.

With the help of talented production team The Invisble Men (who created Jessie J's bareknuckle "Do It Like A Dude" among others) and Parker & James, Sugababes found inspiration in the edgy and melodic vocal pop that made the group such a smash act in the first place. The first result of their work is the new single "Freedom" that leaked out in a Nokia viral video that hit YouTube earlier this week.

Before I continue, let me note that I heard the single in its entirety from beginning to end. Not just the clip that appears in the Nokia video and which, quite frankly, doesn't do the full song much justice.