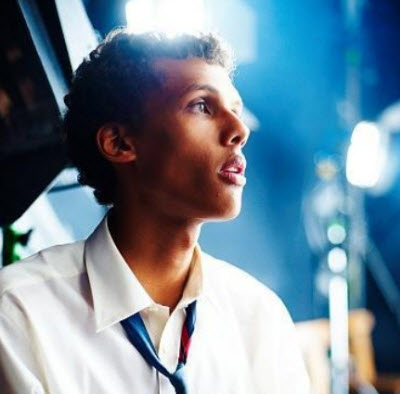 After first topping the charts in his native country of Belgium, Stromae's hypnotic dancefloor groove "Alors On Danse" (which translates to "Let's Dance") has received more than three million video views on YouTube. The track is now shooting up the charts in Europe, including Germany where Stromae had the first number one hit in the French language since 1988.

Things started when DJ Julie on France's influential NRJ Mash Up Show saw some of Stromae's music production segments on YouTube and introduced "Alors On Danse" to her audience. Getting rave reactions from listeners, the song was moved to playlist rotation at NRJ's pop radio stations in Germany and France.

Stromae is the artist name of Paul van Haver who is the son of a Rwandan father and a Belgian mother who grew up in Brussels. After enrolling in the city's famed l'Académie Musicale de Jette to study drums and musical history, Van Haver gravitated towards performing and producing dance and hip hop music. He started performing at the age 15 under the name Opmaestro and later changed his stage name to Stromae (a mixed up version of "Maestro").

"Alors On Danse" shows how Stromae has reimagined the sound of his native Belgium’s late 80’s New Beat group like Snap! and Technotronic who took hard-hitting Chicago house music and gave it a Europop makeover. Lyrically, the seemingly simple tune taps into the state of moment, referring to the credit crisis, famine, war and unemployment. "So we go out to forget all our problems," Stromae rhymes. "So we dance. Then you tell yourself that it’s over."

Watch the video for "Alors On Danse" after the break.