Watch Starsmith "Give Me A Break"

Starsmith's much-anticipated debut single is not quite the "Put Your Hands Up" type of euphoric disco-pop that you may have expected from the British producer prodigy after hearing his work for people like Kylie Minogue, Ellie Goulding and Frankmusik. Starsmith's first artist outing favors the dancefloor with a sound that features a retro club sound that is dominated by his generous sampling of The Ritchie Family"s "Give Me A Break." The AA single that also includes "Knuckleduster" will be released on October 18 on Neon Gold Records in the U.K. 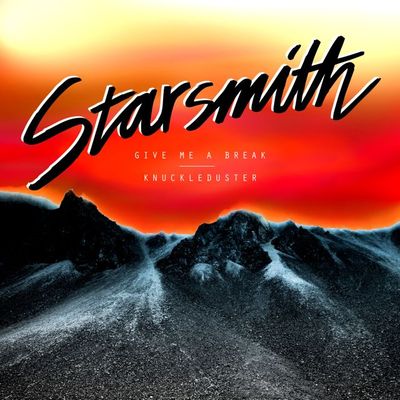 Here's some very, very exciting news. Today, British DJ, producer and remixer Starsmith announced the release of his debut single, titled "Give Me A Break’ and ‘Knuckleduster" on August 29.

If you're not familiar with his name, you're sure will be familiar with his music. He has produced remixes for Lady Gaga, N.E.R.D, Katy Perry, Bombay Bicycle Club, Little Boots, Marina & The Diamonds, Paloma Faith, Penguin Prison, Frankmusik and Timbaland. And more recently, he contributed the song "Put Your Hands Up" to Kylie Minogue's "Aphrodite."

Starsmith always bring a glossy disco pop aesthetic to his productions and his own music promises to deliver just that. A press release states, "'Give Me A Break' is a ready-made dancefloor classic. It’s followed by ‘Knuckleduster.' another killer track that nods to its influences whilst providing a streamlined beat and shards of synths."

Expect to hear "Give Me A Break" and "Knuckleduster" next week. Stay tuned. 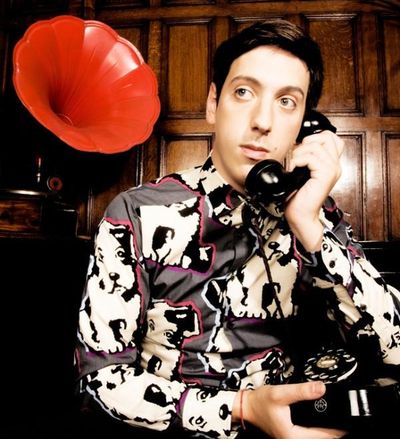 I have said it before and I will say it again. Starsmith is one of the hottest new DJs and pop producers in the U.K. right now. He is on the forefront of an exciting new electro pop movement, collaborating with a whole new generation of British pop artists including Frankmusik and Ellie Goulding. Check out a his electro-tinged remix of Lady Gaga's new smash "Bad Romance" that is simply sublime. That glistening new middle eight he created for missy Gaga is to die for. Puts the original into overdrive and takes it to a whole new level. What do you think?

Starsmith is one of the hottest new remixers and producers on the pop music block right now. If you have not heard his excellent Marina & The Diamonds revamp or any of his other remixes then you must.

I wrote earlier this week about the incredibly catchy single of emerging new Brit pop trio Girls Can't Catch. Starsmith has put his crafty hands on that track and turned it into a blazing futuristic disco track. Boy, this guy knows how to work the soundboard and sprinkle around his magic disco dust. No kidding.

"Keep Your Head Up' already is a very crisp and well-produced produced pop track. Starsmith takes all of that goodness and adds few new bells & whistles including a grainy synth pump that flourishes in the song's chorus. He tones it down during the track's middle eight to create a moment of pure dancefloor bliss only to kick it straight back to its synthastic chorus.

I'm boasting. He deserves it.