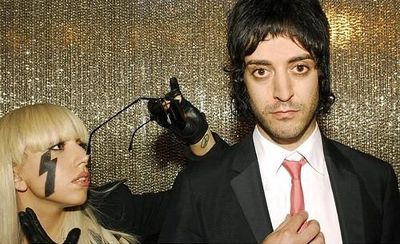 Not only did he jet around the world for months together with Lady Gaga, he also co-wrote "Monster" and "So Happy I Could Die" together with her and RedOne for her newly-released "The Fame Monster" set.  And if that wasn't enough, he also released his own artist album, "Digital Rock Star" -  a fun party record that is  filled with uncomplicated Euro-styled pop gems.

As a tribute to some of the people that inspired him, Space Cowboy will be releasing a very special EP tomorrow that features remixes of songs from "Digital Rock Star."

The producer invited some of the mavericks of '80s electronic music, including Howard Jones, Thomas Dolby and Erasure's Vince Clarke, to give his tunes a spin of their own. Listen to their revamps below. After all of those years, these three still have a fine knack for adding an eclectic flair to contemporary pop tunes. I'm especially digging Vince Clarke's bouncy remix of "Falling Down," and I must say that Howard Jones remix of "Devastated" is very reminiscent of a Lady GaGa hit. You can tell it comes from the same production house.