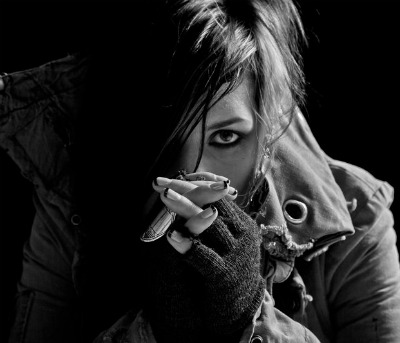 There's no doubt that Skylar Grey's performance at this year's GRAMMY Awards was a true watershed moment for the Wisconsin-born singer. I remember roaming around backstage as part of the GRAMMY team and looking up at the monitors to figure out who she was after hearing her incredible vocals together with Dr Dre and Eminem.

The performance showed that the GRAMMYs not only celebrate the year's greatest, but can also provide a stage for music's next. After penning hits for Eminem ("Love The Way You Lie"), Diddy ("Coming Home"), Dr Dre ("I Need A Doctor") and T.I ("Castle Walls)," Grey finally showed the world what she was capable of and that she was ready to spread her wings.

Grey's just-released buzz tune "Dance Without You" is the first taste of her debut LP "Invinsible" (spelled with an "s" purposely) that is slated for a release later this year. Sonically, the song is quite different than the catchy toplines and melancholic riffs that are featured on the hit tracks she worked on. In fact, sonically and lyrically, it is as if the song's gritty qualities are intended to serve as a marker to signal Grey's own new territory.

Driven by a bareknuckle rhythm track and Grey's hauting vocals, "Dance Without You" is a raw and mildly abrasive slice of alternative pop that matches its powerful message about taking back control. She sings, "I break my neck to be polite. I cannot take your whispering. Take your hands off me before I suffocate. I wanna dance without you, I want to loose myself." (Grab the song entirely free on Grey's web site until Thursday, June 8).

Skylar Grey "Dance Without You"