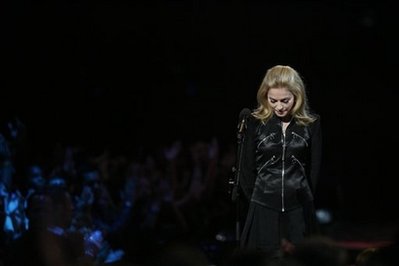 "Michael Jackson. [Audience cheers] I have a little bit more to say than that. OK, here we go again.

I spent my childhood searching for my mother figures. Sometimes I was successful, but how do you recreate your childhood when you are under the magnifying glass of the world?

There is no question that Michael Jackson is one of the greatest talents the world has ever known. That when he sang a song at the ripe old age of eight he could make you feel like an experienced adult was squeezing your heart with his words. That when he moved he had the elegance of Fred Astaire and packed the punch of Muhammad Ali. That his music had an extra layer of inexplicable magic that didn’t just make you want to dance but actually made you believe you could fly, dare to dream, be anything that you wanted to be. Because that is what heroes do and Michael Jackson was a hero.

R.I.P. MJ "Smile Though Your Heart Is Aching"

Listen to a special rendition of one of MJ's fave songs, "Smile," written by Charlie Chaplin and performed by Janelle Monae. Jermaine Jackson sang this song in today's public memorial ceremony. I figured this would be a good way to conclude this special day of remembrance. 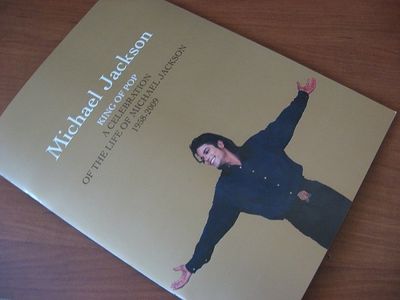 Listen to Michael Jackson vs Robot Love "Rck W You"

People around the world are celebrating Michael Jackson's legacy of music and entertainment in their own unique way. L.A. electro outfit Robot Love created a blazing disco tech remix of one of Michael Jackson's most memorable hits as a tribute to his incredible legacy and contribution to popular music. Have a listen. 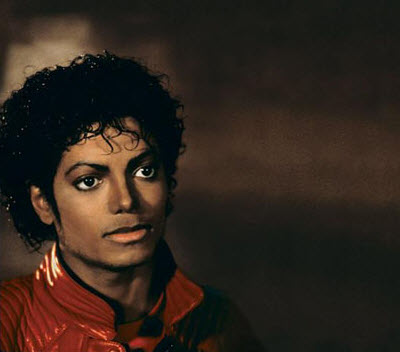 I will be posting noteworthy Michael Jackson news, link and updates throughout the day and weekend on Twitter. Check out my Twitter feed.