[FIRST LISTEN] Rebecca & Fiona "If She Was Away" 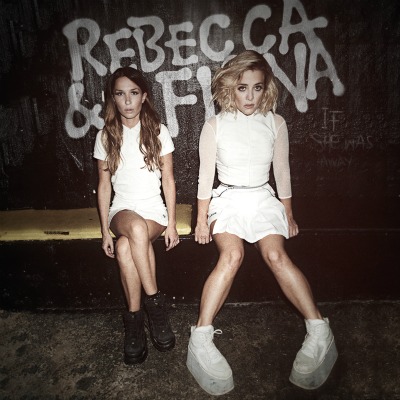 Swedish girl duo Rebecca & Fiona is slowly but surely edging into the international pop mainstream with their new single "If I Was Away."  Rebecca Scheja and Fiona Fitzpatrick are mostly know in the Swedish club scene as DJs, gig promoters and hosts for their online web show. In fact, their series on SVT was nominated for an International Digital Emmy Award.

Produced together with house music producer Adrian Lux, the group's new single "If She Was Away" further helps define the Rebecca & Fiona's brand of sleek and stylish pop. The song is a gentle slice of indie pop with progessive dancefloor stylings that contrast nicely with the duo's woozy vocals. "If she was away, you could do anything. You could learn how to fly even if you don't try," the two harmonize in the song's chorus.

"If She Was Away" follows their single "Bullets" that first got them noticed outside of Sweden. The track was released earlier this year and picked up in an Adidas commercial while none other than Tiestro licensed the track for use in his next "Club Life" compilation. Listen to "If She Was Away" in the player below.