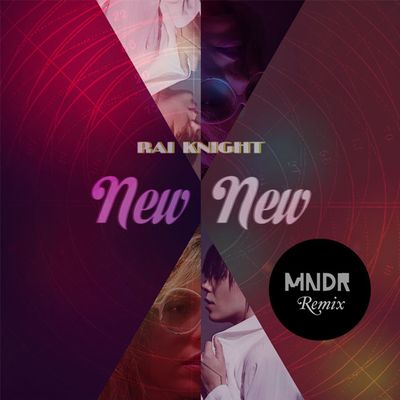 Frequent readers of ArjanWrites.com may remember that I first introduced you to Detroit pop singer Rai Knight back in July of 2010 when I featured an MP3 download of "Pivotal." Knight is a unique talent who turns a blend of soul, trip pop and electronica into a savvy pop sound that echoes the work of hitmakers like Gwen Stefani and Nelly Furtado.

Fed on a hearty diet of David Bowie, The Police, Michael Jackson and The Beatles, Rai got a taste for music when she was only nine years old and started toying around with a small boombox to make mixtapes.

She started penning songs at the age of fifteen and a few years later she decided to move to Los Angeles to seriously pursue a career in music with several bands. After a short stint in Europe, she moved back to Detroit in 2009 to focus on a solo career.

Hipster fave MNDR got her hands on Knight's new single "New New" and created a brand-new interpretation of the song. MNDR's gritty revamp of Knight's original is marked by buzzing, synthesized chords and a stomping beat that has a lot of artistic value to it and fits Rai perfectly. Rai is a massive talent and with the help of MNDR she sure will get noticed by a larger audience. (Support new pop and click here to download Rai Knight "New New" on iTunes.)