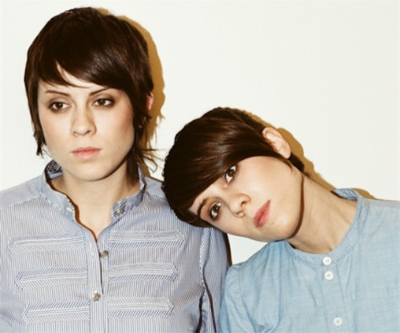 Tegan & Sara partnered with RAC's Andre Anjos to put together a very special remake of Steel Train's "Turnpike Ghost." Using a never-heard vocal track of Tegan & Sara, Anjos turned Steel Train's indie gem into a moving, beautifully crafted pop number. The track will be officially released on "Terrible Thrills Vol.1," an all female cover album featuring Scarlett Johansson , Holly Miranda , Alia Shawkat and  Amanda Palmer. Andre Anjos is one of the most impressive production talents out their and this new effort underlines that once again.