Check out these incredible photos of Grace Jones' performance last night at Paradiso in Amsterdam, which were taken by ArjanWrites reader Caroline. Simply stunning. This woman never ceases to amaze. See more photos here. (Thanks for Caroline for the heads up.) 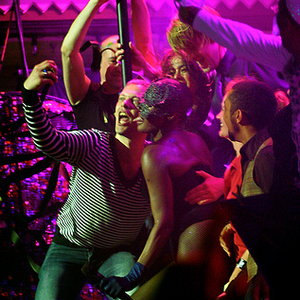 A Look at the Coachella Music Festival 2008 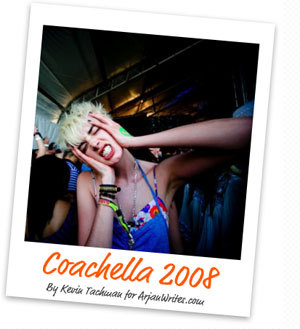 Work kept me on the East coast this weekend, but my buddy Kevin made it to Coachella this year. Packed with his big lens and photo credentials, he got up close and personal with the performers (and even backstage in the trailer area). See, feel and smell a little bit of Coachella after the jump. (And yes, that's British model Agyness Deyn on the polaroid.)

Continue reading "A Look at the Coachella Music Festival 2008" » 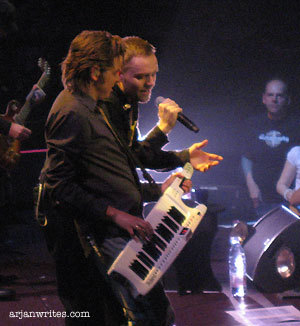 In related news, Semi Precious Weapons will finally be releasing their debut album "We Love You" on October 30 that was produced by Tony Visconi . (Thanks to Kris for sending me this candid shot. Click to enlarge.)

Roz Bell Brings On The Sunshine 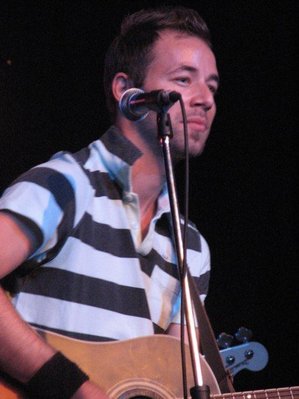 ArjanWrites.com correspondent Will Wong attended Bell's album release party in Toronto last night to hear the handsome crooner perform a few songs from his debut album, titled "The First Sunbeams." An appropriate name for an album that packs a whole lotta sunshine with its upbeat, honest and laid-back pop tunes.

"Bell rocked the stage tonight previewing a handful of key tracks from 'The First Sunbeams' with standout tracks 'Papercut,' 'In the Bathroom,' 'The Greatest Tragedy' and sunny first single 'Yesterday Man,'" writes Wong. "Love was in the air with everyone there to show their support for Bell, who is certain to be a front-runner at next year's Juno Awards." More photos of the event here.

Get a guilt-free remix of "Yesterday Man" by Roz Bell that was producted by DJ Illo to get a taste of this emerging talent.