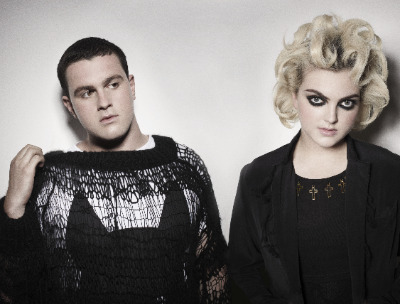 Monsieur Adi is at it again! The Italian designer and producer sprinkles his magic disco dust over Paper Crows' debut single "Stand Alight" to create a glossy, moving revamp of the brooding original. I love how the strings break it down towards the end of the track. Massive!

Paper Crows is the London synth pop duo of Emma Panas and Duncan McDougall who met at music college in Killburn. The two immediately bonded immediately bonded in the corner of their vocal techniques class. Instead of paying attention in lessons they wrote songs, then snuck off to Duncan’s house to record them in his makeshift bedroom studio.

The original version of "Stand Alight" is a haunting slice of folktronica that "initially lulls you with acoustic tranquillity before startling with its gut wrenching, opening dubstep wobble and ghostly vocals". Paper Crows are two to watch. They are currently in the studio putting together a portfolio of songs for a forthcoming album release.