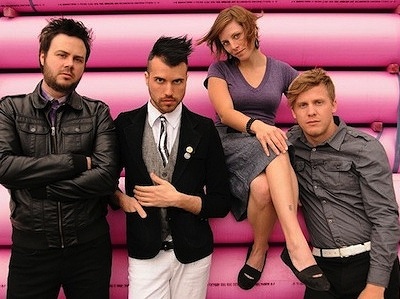 Sometimes one commercial can make a world of difference. That's exactly what power pop act Neon Trees experienced when the City of Las Vegas featured their single "Animal" in a new ad campaign that brough their music to an audience of millions practically overnight.

The campaign has been running all summer and as a result "Animal" has turned from a hesitant performer on the charts to a hot commodity on top 40 radio stations around the country.

"Animal" is refreshing blast of timeless and uplifting pop rock that is taken from their Mercury Records debut "Habits." Dominated by weaving, angular guitars, it is a song that is equally at home in the arena as on the dance floor, a paean to sexual longing in which singer/front man Tyler Glenn wails, “Take a bite of my heart tonight,” and you have no reason to doubt his sincerity.

Check out a remix EP of "Animal" with remixes by Viking, Boy Boy, Expensive and a lush revamp by Yes Giantess that is my favorite of the bunch.