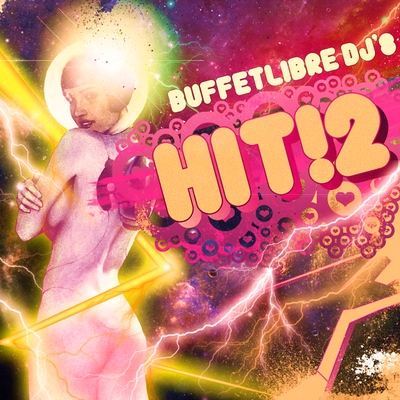 After their very succesful cover projects, the guys from remix collective Buffetlibre now return with the second installment of their "HIT!" compilation. This new mixtape is fullly charged with no less than 30 (!) tracks including some of the best underground remixes out there that you won't be be able to find anywhere else. Obscure remixes of Lady GaGa,Supermode and Daft Punk are interspersed with classics from Junior Jack, Black Box and Junior Senior. Download it from the Buffetlibre web site. Full track listing after the jump. 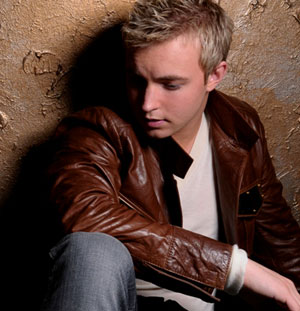 Pop lovers have a new guy to swoon over. Listen to the sugary ballad  "Broken" by emerging British heartthrob Pierre. The song was produced by Aaron Accetta who is best known for his work with Debbie Gibson, Jordan Knight and Aaron Carter.

Pierre grew up in Reading, England and moved to the big city of London when he was 21. He immersed himself in the 24/7 party scene and "became a stalwart of the London party set and met some amazing people from the celebrity and film worlds," according to his official biography. He quickly realized that music was his thing and decided to pursue a recording career. His debut LP, titled "Letter On The Door," is slated for release early 2009.

The polished "Broken" is hardly a solid pop track. I'm not sure what to make of it.  It just seems that Pierre is trying too hard to sing quite frankly. His falsettos are razor thin so why bother with all the vocal acrobatics? Fans of Westlife, Take That and other boy bands will surely get carried away by Pierre, but people that despise squeaky-clean boy band ballads better stay away from this one. Don't tell me I didn't warn you.

Produced by Here! Films, the movie Shelter tells the story of surfer Zach who gets by as a short-order cook in a blue collar area of Orange County but dreams of making it big as a graffiti artist. When the relationship with his girlfriend is fading, he meets writer Brad Rowe. Together, they bond over their creative instincts and inspirations, and end up falling in love. Check out the the trailer of the movie here.

The indie flick has received kudos from both critics and film fans all around the world. I think mostly because it deals with universal themes and emotions that most people can relate too. Plus, the film is filled with pretty people and pretty scenes. The whole look and feel of Shelter reminds me of MTV's Laguna Beach and The Hills.

I caught up with Brian Goldman, Shelter's musical director in Los Angeles, to talk about how he went about selecting music for the movie's soundtrack. "When I found out we were making a surf film, I felt that there were 3 ways to go with the music," Goldman explains. "The first being 'skate-punk' type music, such as Blink 182, the second being classic surf rock ala Jan and Dean with jangly guitars and the third being a Jack Johnson type of acoustic vibe. We decided that the third option would be best because at its essence Shelter is a love story, not necessarily a surf flick and the third type of music seemed to naturally vibe with the story of the film."

Goldman considers "More Than This" by Shane Mack his personal favorite in the movie. "I was lucky enough to be in the studio with Shane when we were recording this song which was recorded specifically for the movie," he shares. " When I saw where the song was placed in the film, I thought to myself “if people don’t cry during this scene, there’s something wrong with them." (Click here to download the soundtrack for Shelter in Amazon.com's MP3 Store.)