One of the latest artists from Xenomania's growing artist stable is the duo of Mini Viva who have been stirring up momentum overseas with their deliciously irresistible brand of pop. Mini Viva is the totally fun duo of Britt Love and Frankee Connolly who were put together by 19 Entertainment's Simon Fuller. He is the powerful manager behind people like Adam Lambert, Chris Daughtry, Kelly Clarkson and many other successful acts. I met the girls for a video interview a few months ago and they are as much fun as their music.

After hitting the scene with "Left My Heart In Tokyo" and "I Wish," Mini Viva now returns with their latest stomper "One Touch." Echoing the sound of the floor filling '80s sounds of Chicago house and hi-nrg, the song is dominated by the girls' bold and confident delivery that packs loads and loads of cheeky girl power. Mini Viva tells it straight up with lyrics, "I'm not afraid of no love andI rock you anyway that I want. I'm not afraid of your stuff and I'm sure I'll keep you running." Oh la la. "One Touch" will be out in the U.K. on Geffen Records on May 10.

Not since Mel & Kim has there been such a fun and bubbly girl pop duo as MiniViva. Meet Frankee and Britt, the two members of MiniViva who were put together by 19 Entertainment's Simon Fuller. He is the powerful manager behind people like Adam Lambert, Chris Daughtry, Kelly Clarkson and many other successful acts.

Produced by Xenomania, MiniViva's debut single "Left My Heart In Tokyo" was instantly noticed in the U.K. when it was released this summer. The ladies will release their new single "I Wish" on December 14, in anticipation of their full-length debut.

Due to some technical difficulties, we had to cut the video interview short. But as you can see the girls and I were able to cover all of the basics and a little more - including their love for gays, how to wave glow sticks and the importance of wearing your heart on your sleeves. 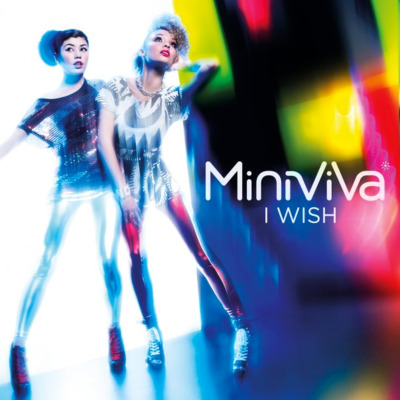 Remember that totally cheeky and totally pop duo of Britt Love and Frankee Connolly? Together they are Mini Viva and they are stirring up a storm overseas with their high-grade, infectious tunes that has both pop purists and pop cynics screaming for more. And yes, I must admit, I have a huge crush on these two. They're so cute and the music is so well put together.

After successfully creating a buzz and chart success in the U.K. with their debut single "Left My Heart For Tokyo," Mini Viva is gearing up the release their follow up single "I Wish" on December 14 on Geffen/Interscope Records. "I Wish" was penned and produced by Brian Higgins of Xenomania, the team that also has produced for Kylie Minogue and Sophie Ellis-Bextor. That gives you an idea of the dynamite we're dealing with here.

"I Wish" brings more of the fraiche and fun pop that makes them one of the coolest new pop acts on the scene. The song is mid-tempo ballad that tells the story of a tragedy of a love just out of reach set to an immaculate beat - the sound of dancing your heartache away. Just what good pop needs to do. check out the video below.

The spunky duo of Britt Love and Frankee Connolly, teaming as Mini Viva, is one of the newest pop acts to hit the British music scene this season.

Being called the new Mel & Kim and touted by NME as the "next biggest girlband in the universe," Mini Viva is getting some major industry buzz. The group has been writing with hitmakers Xenomania on songs for their debut album, which should be released later this year.

Check out the totally fun and totally pop, "Left My Heart In Tokyo," which was directed by Ray Kay who also shot Lady Gaga's "Pokerface" and Beyonce's "Freakum Dress." Look out for the single release on September 7 on Geffen Records/Xenomania Records.

Check out the Fred Falke remix of "Left My Heart In Tokyo" after the jump.