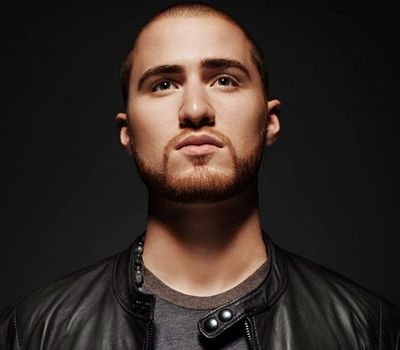 Listen to Mike Posner "Cooler Than Me" (Hey Champ Remix) 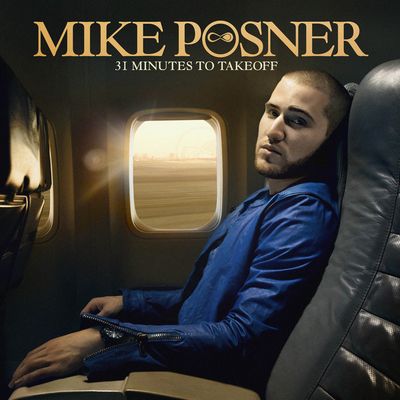 Mike Posner is flying high. His new school pop gem "Cooler Than Me" is holding steady in the top of the Billboard 100 and is getting major radio play across the country, while overseas momentum is building as well.

Signed to Clive Davis' J Records, the Detroit singer/producer is one of pop's brightest new talents combining a knack for melody with cutting-edge production stylings that are inspired by both by dance music and hip hop. It should come as no surprise that Posner names Stuart Price as one of his biggest inspirations. (He confided to me that The Killers' "Human" is one of his favorite pop songs of all time.)

Last week, Posner revealed the jet-setty cover art for his debut album that will drop later this summer. Dressed in one of his signature leather jackets, "31 Minutes To Take Takeoff," carries a very specific meaning to Posner. "Something happens 31 minutes into the record," he explains. "All I can say is that both the listener and I will be in a higher place when it's over." Let the music take you there.

Listen to Hey Champ's excellent dance cut up of "Cooler Than Me." If you have a moment, also make sure to download Posner's free mixtape that has created firestorm at college campuses around the country. Produced together with Clinton Sparks and DJ Benzi, "One Foot Out The Door" is an irresistible hip pop hybrid with some excellent pop gems, including tracks like "Cooler Than Me," "Don't Trust Me" and "Red Button," which showcase Posner's impressive songwriting chops and confident delivery. Posner is a talent to be reckoned with. Remember that.

I've said it before, and I will say it again. Mike Posner is one of the most exciting new pop artists to look out for this year. He brings a distinct point of view to his music by incorporating pop, electronica and hip hop. His performance as a singer has been strongly influenced by his previous experience as a drummer and producer. In fact, many artists would love to work with Mike, including Stuart Price who he recently met.

I will be posting my interview with Mike very soon, but in the meantime, check out this cool little shout out from Mike that we recorded this weekend. Also, check out his free mixtapes to get an idea what this emerging pop phenom is all about. Mike will be releasing his debut album this summer on RCA/Jive Records.

Mike Posner "One Step Out The Door" 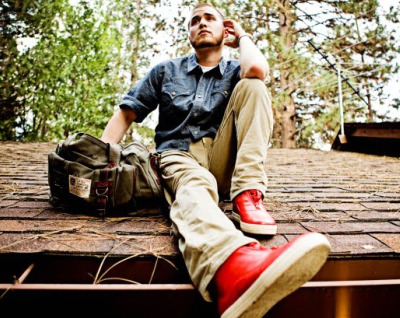 The term "hip pop" is a pretty loose term, but it is bands like Chester French, 2AM Club, Shwayze and 3OH!3 who give it meaning by blurring the lines between pop and hip hop in their own unique way. Mike Posner is also one of those artists who takes the two genres to an exciting new place. His music is a mash of catchy melodies, clever sampling and a straight up attitude that packs plenty of street cred and has just right amount of radio-friendly gloss.

It is the kind of stuff fans love, and critics have a hard time to define and put in a box.

Posner released a free mixtape late last year that has created firestorm at college campuses around the country. Produced together with Clinton Sparks and DJ Benzi, "One Foot Out The Door" is an irresistible hip pop hybrid with some excellent pop gems, including tracks like "Cooler Than Me," "Don't Trust Me" and "Red Button," which showcase Posner's impressive songwriting chops and confident delivery.

Posner credits his upbringing for his eclectic taste in music that spans from the sweet to the crunchy.  Growing up in Southfield, Michigan, Motown "was spoon-fed to me my whole life," Posner says in a press release. "My dad was a Deadhead but he had a really interesting taste in music – B.B. King, Marvin Gaye and Luther Vandross – sometimes even the Counting Crows."

He really got a taste for music and songwriting simply by listening to music on his way to school. “I had one of those huge CD books, and I'd listen to everything,” says Posner - pointing to acts ranging from Led Zepplin to Nas - and from Elton John to Eric Clapton.

After interning at a hip hop radio station in Detroit, he started producing his own music, which ultimately let to a record deal with RCA/Jive who has now labeled Posner as one of their priority acts for 2010 (together with the equally exciting 2AM Club). Do yourself a mighty favor and download Mike Posner's mixtapes at no charge. You will be glad you did.