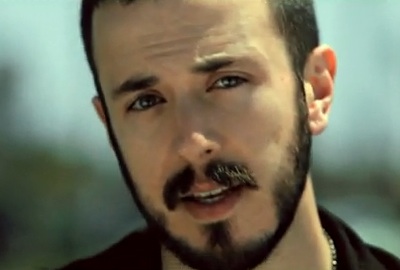 When Matt Morris sings, a little magic happens. Check out the fantastic new video for his new single "Live Forever" that received a big budget Hollywood treatment. The special meaning of the song totally warrants all of the special effects and colorful animations that are so craftfully incorporated into the video.

My fellow OUT 100 honoree is one of the most gifted singers I've heard in a very long time. His storytelling holds a universal truth, and his vocal delivery comes straight from the gut and has the power to move people. I saw Matt perform at South by Southwest earlier this year, and it was one of the most riveting performances I've seen in a while. He hit a zone and took the audience right along with him.

Matt brings an authenticity to his music that is relatable, inspiring and touching. Make sure to download the re-release of his debut LP "When Everything Breaks Open" on Interscope Records that was released earlier this month. Watch the entire video for "Live Forever" plus an interview with Matt after the jump.

If you watched Idol Gives Back last night, you may have heard Matt Morris' "Live Forever" during the segment dedicated to the Children's Health Fund. The charity was founded by singer/songwriter Paul Simon and pediatrician/child advocate Irwin Redlener, and is committed to providing healthcare to the nation's most medically underserved children.

The exquisite "Live Forever" is taken from Morris' album "When Everything Breaks Open" that is released on Justin Timberlake's Tennman Records. Produced by his his childhood pal Justin Timberlake and the legendary Charlie Sexton, the album is an GRAMMY-worthy effort that beautifully showcases Morris' sincere songwriting across different genres.

Take a quiet moment today to watch and listen to the singer's entire live rendition of "Live Forever" on IHeartRadio. Heartfelt and deeply moving, Matt Marris' soul-stirring folk-pop send spills up my spine. Every time. So delicate and touching. 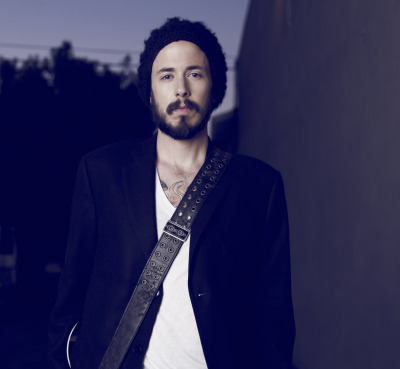 Matt Morris is quite something different.

When I first heard his crunchy folk-infused soul-pop, it was hard to believe that this Nashville crooner used to be a performer on the Mickey Mouse Club together with Justin Timberlake, JC Chasez and Britney Spears. All grown up now, his music sounds nothing like the sugar-sweet pop of his past.

Since his days on the Mickey Mouse Club, the openly gay-singer (and my fellow OUT 100 Honoree)  has developed a compelling style of his own as a singer and songwriter. He has written songs for people like Christina Aguilera, Reba McEntire and Kelly Clarkson (he co-wrote "Miss Independent") while working on his own musical material.

Morris' childhood pal Justin Timberlake took him under his wing and signed the singer to his new Tennman label. Together they have been working on Matt's forthcoming debut LP, "When Everything Breaks Open."

Timberlake's production on Matt's record sound unlike anything what he has done before. You can tell the two friends have a unique chemistry together that has resulted in a warming brew of soul, pop, folk and blues - always featuring Morris' heartfelt crooning.

Timberlake likes to describe Morris' sound as "Ray LaMontagne meets Elton John meets Stevie Wonder meets Rufus Wainwright." Check out the propulsive, politically-charged "The Un-American" to get a taste of Matt Morris. I really enjoy this song. Has a bit of a Mika kick to it.