French DJ and producer Martin Solveig is taking Europe by storm with his new album "Smash." The record was introduced by the hit single "Hello" (featuring Dragonette) that has been massive pop hit across Europe and is now edging to the top of the dance charts in North America.

"Smash" features a slew of exciting collaborators who add their own unique twist to Solveig's rocky dance and pop riffs. The always fun and often quirky Solveig recorded three additional tracks with Martina Sorbara of Dragonette, plus he teamed up with rising pop sensation Dev, newcomers Sunday Girl and Bloc Party's Kele. I recently caught up with Solveig in Paris to talk for a few minutes about the unexpected success of "Hello" and his new album. (Note his description of Dev on "We Came To Smash." It has me cracking up everytime.) 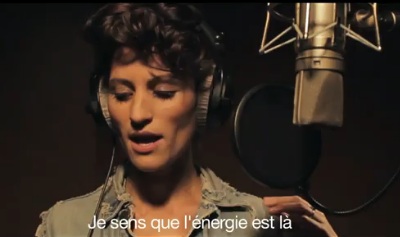 After taking "Hello" to the top of the pop charts across Europe, French DJ/producer Martin Solveig is now gearing up to repeat that success with his new single "Ready 2 Go" that features the vocals of Bloc Party's Kele.

The commercial success of "Hello" has not only increased the profile of Solveig overseas, it also has introduced Dragonette's Martina Sorbora to a massive new audience who are now getting a taste of what Dragonette's pop goodness is all about.

After releasing fantastic music and touring across the globe (including my Atlanta SUPERFRAICHE last year), the Canadian pop outfit is finally getting the mainstream attention it deserves. Europe got into it first and with "Hello" hitting rotation on pop radio in New York and Los Angeles, the U.S. will soon follow.

For "Ready 2 Go," Solveig presents once again one of his hilarious mini films that not only features the relationship with his quirky manager, but also brings back Martina for some knitting action. Part of this episode of Smash was filmed two weeks ago at Paris' Stade de France in front of 81,000 people. Watch the video after the break. Super fun!

So what should we expect from Solveig's album? The effort will include "Can't Stop," another dance pop collaboration between Solveig and Dragonette. Yes! Solveig has also recorded a track called "Turn Up The Radio" with Sunday Girl. They will be appearing together at Creamfields in Australia. Stay tuned for more details soon. 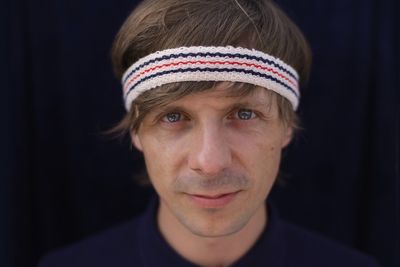 You got a first taste of Martin Solveig's teaming with Dragonette on "Hello" earlier this summer when the French dancefloor meister premiered the song with a special video project. Filmed in front of a real audience at Roland Garros during the French Open, the 8-minute video shows Solveig battle it out on the centre court against fellow DJ Bob Sinclar.

Now hundreds of thousands of YouTube views later, Solveig and Dragonette are formally releasing their chunky dance pop number as a single in Europe later this month. The song follows their massively succesful collaboration on "Boys & Girls" last year that was commissioned by Jean Paul Gaultier and came along with an equally cool and memorable video. Grab a totally guilt-free MP3 of Dutch house newcomers Bassjackers' banging electro work out of "Hello" that will surely burn up dancefloors.