Krause is the alter ego of Dutch electro-pop singer Susanne Clermonts. In 2008, the multi-talentend singer, songwriter and director won a national talent contest in The Netherlands that led to a coveted recording contract with Sony BMG.

She started collaborating with drum & bass production team Noisa on a sound that can best be described as electro-pop with a bite. Think Royksopp with an attitude. A crunchy blend of dance, electro and pop that incorporates a little bit of punk. That should come as no surprise. Prior to her coming out as an electro artist, Krause toured the country as a punk-rocker, which has helped to define her new sound. "The contrast between punk and electronic music seems huge, but the attitude is the same," the singer says on her web site. "Don’t complain, just do it."

Check out a stomping electro remix of her new single "No Guts, No Glory" by Seymour. While you are downloading this guilt-free MP3 make sure to watch the excellent video for the radio edit of the song. More about Krause very soon. 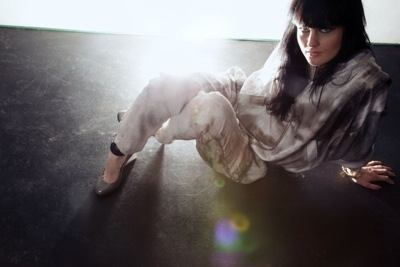