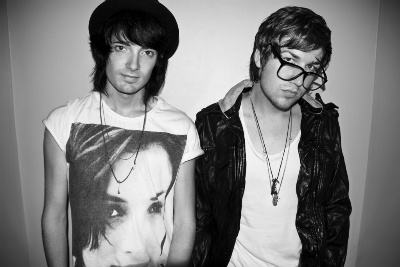 Kids of 88's "Just A Little Bit" is a hot and happening new wavish-ish synth stomper that is undeniably catchy. Kids of 88 is the teaming of McCarthy (vocals) and (Arts) who hail from New Zealand and are mostly known down-under for their debut single "My House." In the rest of the world, insiders have been noticing their dance remixes for Ke$ha and Cobra Starship.

Kids of 88 like describe their music as "a whimful combination of dirt spitting kicks and feathering grit. An overdose of nightlife; the lubricated moan of spilt vodka. The hard realization of concrete and the happiness of blurry vision." And there you have it. Go down and dirty kiwi-style.