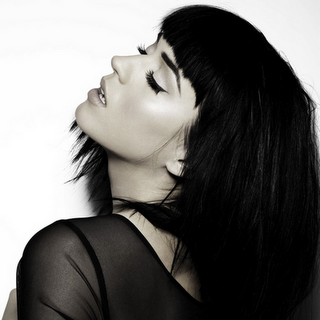 Katy Perry sure is on a roll. After "California Girls," "Teenage Dream" and "Fireworks," "E.T." is the fourth single to be lifted from her sophomore album. Not too shabby, and she may even pick up a few GRAMMYs as well next month. Check out Manhattan Clique's brand-spanking new remix of the song that will gear up the dancefloor for this new single. 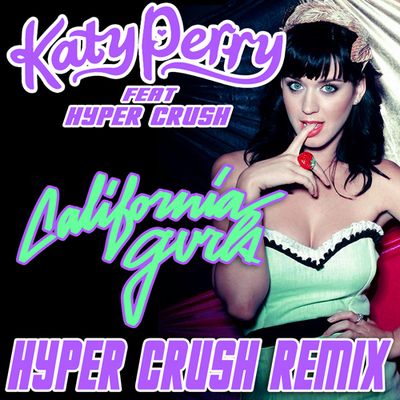 Those crazy fun hipster kids of Hyper Crush blow up Katy Perry's summer smash with their hard-pounding, electro-edged remix of "California Gurls." This sounds nothing like the fun and frothy Katy Perry from the original - this new version turns the singer into a fierce and flaming creature who is ready to ignite the dance floor. 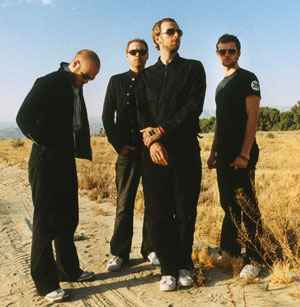 The 2009 GRAMMY Award nominations were announced this morning and the list is full of surprises. In a good way! The usually he stuffy GRAMMY Academy got some of the categories and nominees totally right this year, showing that they are keeping up with the times. I'm mostly excited about worthy nominations for Janelle Monae, Sam Sparro, Robyn, Cyndi Lauper, Rufus Wainwright, Kenna and Kylie Minogue. This year might also be a break-through year for Adele who is up for multiple nominations, including Song of the Year.

Lady GaGa and Sam Sparro (!) are both up for Best Dance Song Award together with Hot Chip, Madonna, Rihanna and Daft Punk.

Competing in the Best Album category are Lil' Wayne, Ne-Yo, Coldplay, Radiohead and Robert Plant with Allison Kraus. This one is Coldplay's to loose.

Finally the GRAMMY folks got with the times. Cyndi Lauper, Robyn and Kylie Minogue are competing in the Best Dance Album category. I don't have an immediate favorite, but I'm leaning towards Cyndi Lauper just because that record was so fresh and unexpected.

Beyonce, J-Hud and Alicia Keyes are competing in the Best Female R&B Vocal Performance. All very worthy competitors. Beyonce really took her act to a whole new level and should be recognized for that.

HOORAY! ArjanWrites.com fave Janelle Monae is up for a Best Urban Performance Award for "Many Moons." Not sure if the categy fits her as this as much a pop record as it is an "urban" record. But I guess if you break the mold, people have a hard time fitting you in categories.

This is so awesome: Kenna's "Say Goodbye To Love" is up for Best Urban Performance as well.

Jazmine Sullivan is most definitely the R&B break out artist with nods in almost all R&B/urban categories.

Crooner Lila Downs gets a deserving nod in the World Music category.

Rick Rubin, will.i.am and Danger Mouse compete in the Producer of the Year category. Surprisingly, Timbaland and Pharrell are not included.

My fellow Dutchman JunkieXL is up in the Best Remix Category for Madonna's "4 Minutes." Gefeliceerd!. One of my favorites remixes of the year, the Deadmau5's remix of Morgan Page's "The Longest Road," is up as well. I'm bummed Paul Oakenfold's remix of Madonna's "Give It To Me" was ignored. That was hands-down one of the best of the year as well. 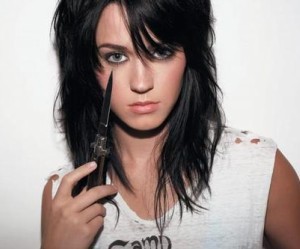 Katy Perry's pal David B. sheds a little bit more light about the reinvention of Katy Perry that I wrote about last week. Back in 2001, before Katy hit the pop charts, she was known as gospel singer Katy Hudson. David worked with her as one of the producers on her debut album and reached out to me with a little bit more detail about what happened to Katy over the past few years.

He writes ArjanWrites.com that after Katy's first album was released her Christian record label folded. "I introduced Katy to a fellow producer, who took her out of my hands, who introduced her to Glen Ballard, who took her out of HIS hands," David writes me. "Katy made several pop records, one that was shelved on Def Jam, one with the Matrix on Sony, part of a solo record on Sony, and now her release on Virgin."

"Katy's a great girl," he adds. "We keep in touch from time to time, and I've spent much time with her and her family over the years."

"I think this is a case of the industry getting it's hooks into an impressionable, young woman.  From experience, the business turns people into something that they didn't think they could become.  For me, I love her the same, will pray for her, hope for success in her career and life."

After a few false starts, it must be great for Katy to finally have a record that takes off. It must be even better for Katy to know that she has friends that support her no matter what move she makes. Sounds soo sapy, but it's true. In the meantime, she kissed a girl and she liked it. (And I mean that facetiously.) 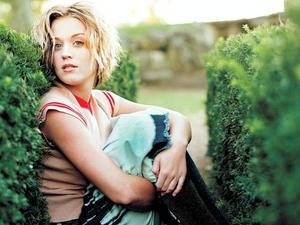 Yes. That girl in the photo above is Katy Hudson aka Katy Perry.

Katy is currently climbing up the Billboard charts with "I Kissed A Girl" but she actually started her career as a gospel singer in the Christian industry - as Katy Hudson. Who would have thought? And it makes me wonder... Was gospel not lucrative enough or did she have change of heart and did she want the rebel inside of her come out more?

Believenet.com reports, "The daughter of two conservative preachers, Katy Hudson signed with Red Hill Records and in 2001 released an album filled with Christian pop/rock radio-friendly songs. She even toured with Phil Joel. Red Hill Records folded. Somewhere along the way changed her name to Katy Perry, whether to avoid confusion with actress Kate Hudson or to shed her Christian association, I don't know, but in 2004 she went on to become an in-house vocalist for the production team, The Matrix, whose credits include Avril Lavigne and Britney Spears. "

The Christian blog goes on to say that Kay's new album "is definitely not a Christian album, although the lyrics to the song, 'Lost,' allude to a spiritual searching."