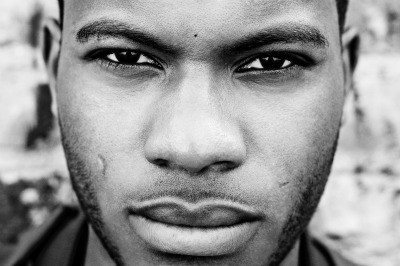 Josh Osho is a bit of an old soul. At only 19 years-old, this emerging British soul crooner brings a depth to his songwriting that is wise beyond his years. But his lyrical intensity should really come as no surprise given his turbulent life-story that is packed full of the stuff that films are made of.

Born to a half Northern Irish, half Nigerian mother and ex-boxer and musician father, Josh Osho lived his childhood in turmoil. The Londoner was out on the streets more than in school, and when he started dealing drugs at the notorious Ebenezer hotel at age 17, his life was spiraling in a wrong direction. But things changed abruptly when he opened up about this struggle, and used music as a way to vent his emotions as opposed to a life of hustle.

Osho turned things around and started working full-time on his songwriting craft. Inspired by artists like Ben Harper and John Legend, Osho diligently continued to work on his gift for music that was recognized by Island Records A&R man Darcus Beese who signed him to the label.

The singer's debut single is the uplifting and hopeful "Redemption Days" that will be released in the U.K. on September 13. The track includes rhymes by Ghostface Killah who adds a dose of grit to Osho's compelling story about living life against all odds. "You’re a soldier, oh you’re a fighter. Another day just take what comes your way. Beause no matter what mistakes you’ve made these are your redemption days," he sings. (Watch the video)