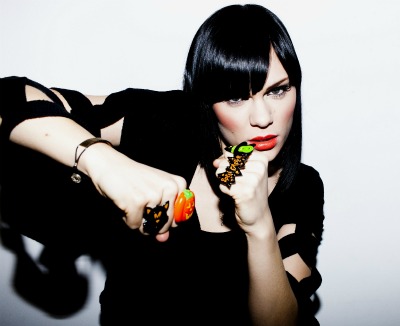 In related Jessie J news, the singer is still on bed rest after emergency surgery on her foot. She was injured after an ugly fall that broke her foot in two places. She still managed to perform at the Glastonbury festival ten days ago, but now it is time to rehab and sit still (which can hardly be an easy thing for Jessie).  All of her near future appearances have been cancelled, including T in The Park, the iTunes London Festival and Lovebox in the U.K.

She tweeted fans an official statement this week about her condition. "Sorry doesn't feel enough to say, I am devastated for my fans that I know have been waiting to see me and working hard for tickets," she writes. "I have to remain positive and I promise I will make it up later in the year." No fun! Wishing Jessie a fast and speedy recovery. (Download "Who's Laughing Now" iTunes or Rdio.) 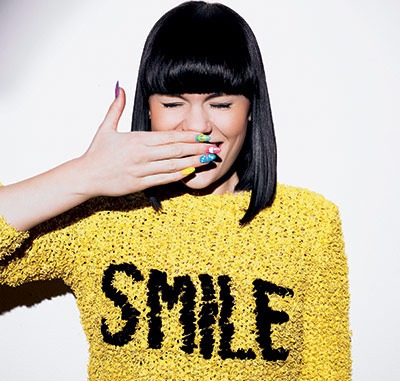 Jessie J's "Price Tag" is already a bonafide hit in the U.K. and the track is slowly but surely also gaining momentum on pop radio in the States. Today, Universal Republic released "Casualty Of Love," a brand-new Jessie J track on iTunes to highlight a different side of the singer.

While "Price Tag" is a fun tune that shows off Jessie's playful swagger, "Casualty Of Love" emphasizes her impressive vocal range and soulful delivery that drew a lot of fans to the singer when she first popped on to the scene.

Listen to an acoustic version of the song after the break and download the album cut on iTunes now. With two singles out on iTunes, there's no way to ignore or underestimate the incredible talent that is Jessie J. 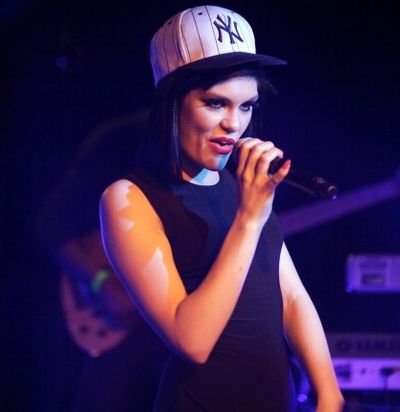 Jessie J came, conquered and impressed a crowd of tastemakers and media insiders last night when she played a small, intimate Vevo showcase at New York City's Don Hills. Judging from tweets and the buzz after the show, people seemed unanimously completely, utterly and totally impressed by Jessie J's performance.

People in the U.K. already know that Jessie is a beast on stage, wowing the audience with her incredible vocal performance and plenty of swagger that is mixed up with her signature British wit. ArjanWrites.com reader Eric won a couple of tickets to attend the show and shot a few pics of Jessie that I posted on Facebook. (Watch a video of "Do It Like A Dude" from last night here.)

On Monday, Universal Republic in partnership with Vevo will unleash the much-anticipated video for "Price Tag" that is her official U.S. debut single.

While awaiting that video, make sure to watch an interview with hitmaker Dr Luke who produced "Price Tag." He talks candidly about how the singer's incredible voice can be a distraction in the songwriting process. "It is easy sometimes to get fooled by her virtuoso singing," he says. "Anything she sings sounds good, so you really have to focus and say 'if it wasn't Jessie J singing - if I was just humming along - is it still good?"

He adds, "In terms of vocal gymnastics and the range of vocal chords I think there's no one else singing like that out there right now (. . .) I think she has universal appeal. She's a great singer and a great songwriter (. . .) She can go far. She can get GRAMMYs if she makes the right records."

Well spoken Dr Luke. I couldn't agree more. Let's brace ourselves. Jessie J is about to take over. 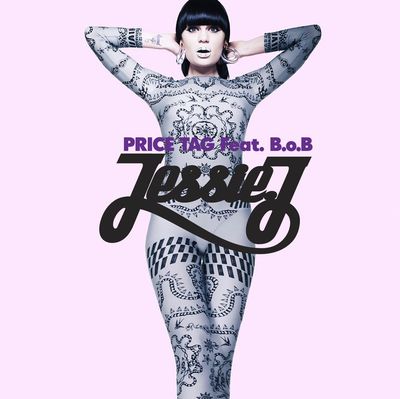 There's no escaping the incredible Jessie J. All systems are set to go for the singer to take over the world as the next big female pop star. Her album "Who You Are" is getting readied for release late March, and the video for her new single "Price Tag" (featuring GRAMMY nominee B.o.B.) will be released on both sides of the Atlantic in the next couple of weeks. (Listen to that track in the player below.)

Jessie will be in New York City this week for a slew of promotional appearances, including a very exclusive and intimate showcase for Vevo. ArjanWrites.com and Universal Republic have teamed up to give away one pair of tickets to see this Vevo performance on Thursday evening. This will be a once-in-a-lifetime experience that pop fans will not soon forget.

Rules & How To Win: Enter the contest with an easy click of a button. Click here and "like" the annoucement on Facebook. I will randomly pick a winner from all the people who "liked" the announcement this upcoming Wednesday at 9 PM ET. The winner will be informed via Facebook Mail. You need to live in New York (or willing to travel there at your own expense) and be a member of the ArjanWrites.com Facebook Page to be eligible to win.

Must-Watch: Jessie J Performs "Who You Are" at NYC Subway Station

This is amazing. Goose bumps! Dreaming is believing, y'all. Jessie speaks her truth on "Who You Are," which is the title track of her forthcoming debut album. If you missed my video interview with Jessie, make sure to watch it here.