Emerging pop rocker Jared Evan is featured in the newest episode of "Cherrytree Pop Chop Minute with Arjan Writes." Quick little chat that gives you a pretty good sense of what Evan is all about and what passion drives his music. If you missed it earlier, make sure to download the singer's "Embers" totally guilt-free here. The track is taken from his new EP "Back & Fourth" that will be released on his web site tomorrow. 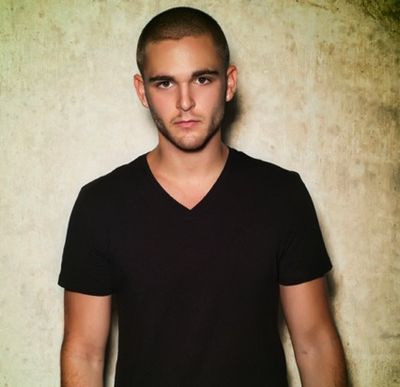 If you think Jared Evan is just a one trick pony, you better think again. Ever since putting out his first mixtape, his sound has matured, evolved and progressed. He's not just a rapper or singer, or just just soul man or a rocker. He goes back and forth between styles and genres to serve up something fresh and different everytime.

Listen to Evan's slick new "Embers" that is one of his poppier tracks to date but doesn't lose his signature rocky edge. It is exactly this sound that will help Evan cross over into the mainstream without compromising his unique identity as an artist. And yes, he even rocks a little falsetto. This kid is the truth and he's still riding that fire in his new shoes. Produced by soundboard wiz Ill Factor.

Make sure to grab his new EP "Back & Fourth" on Monday. Also, catch Evan on tour with One Republic in the next few weeks.

Jared Evan's crunchy, genre-slaying sound may make some pop heads among you shudder, but if you're looking to try something a little different then Evan is your man.

Listen for example to "Miracle," a blazing new track that shows off Evan's inspired delivery. The song balances between fiery verses and a sweet-tinged, uplifting chorus that neatly sums up Jared's passion and uncompromising ambition.

And that is exactly what I like about Jared Evan. This kid has fire in his new shoes. You can see it in his eyes. He lives for this.

"Miracle" was produced by none other than savvy soundboard wizard Ill Factor (aka Ivan Corraliza) who you may remember from his work with Roisin Murphy. Ill Factor worked with Roisin on tracks like "Let Me Know," "Primitive," "Checkin' On Me," and "Tell Everybody."

In a pop world that is dominated by candy-coated dance-infused hits, newcomer Jared Evan bursts onto the scene with a sound that is wildly unique and instantly puts him into a league of his own. Evan is not afraid to experiment and create music that is both nostalgic and forward, successfully mashing up pop, rock and hip hop.

Listen for example to his debut single "In Love With You" that is a hurricane-sized piece of work, which is dominated by his expressive delivery and spitfire sonics. The video for the song already garnered him over 3 million views on YouTube.

The Interscope artist has been working with an impressive list of collaborators to put together his debut album, including Dr Dre, Pharrell Williams and hitmaker Polow Da Don.

I recently caught up with Jared to chat a little bit more about his style, his drive to stir up the status quo and his future plans. He also talks at length about "Fourth Chapter," which is the title track taken from his forthcoming debut album.

"Fourth Chapter" is not only an ode to great music and the artists that have influenced him, the song also firmly positions Evan in the musical spectrum as a songwriter and performer who intends to write a new chapter in music.

Ambitious? Yes. Driven? Most definitely. Passionate about music? For sure. But Evan more than delivers on his promise with a poise and gusto that is infectious. He's one of the biggest artist to watch out for in 2011.

(Catch Jared Evan on tour with my pals of 2AM Club over the next couple of weeks. Click here for cities and dates.)