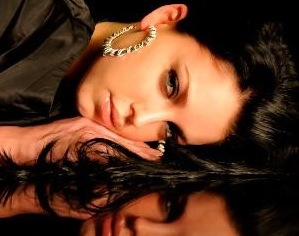 You may remember that I went over to Ne-Yo's studio a week before the GRAMMYs to meet Jadyn Maria, one of the artists signed to his management company. In anticipation of her full-length debut later this year, Maria has dropped a teaser on her MySpace page that will give you a good feel for her sound.

The track is called "Bad Boys" and showcases her impressive vocals, a hooky chorus and a contemporary hip pop flavor that should do very well in the charts. Maria is like Angelina Jolie, Fergie and Rihanna rolled into one.  Head over to her MySpace page to listen to it. Curious about your thoughts. 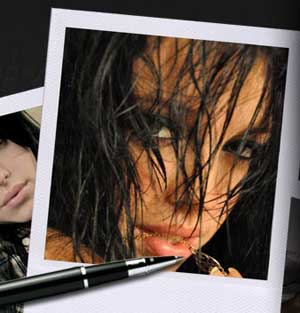 Despite what some people may think, Atlanta's music scene is still booming and the city is home to a bunch of exciting new talent.  After meeting Colin Munroe for an interview in Dallas Austin's Atlanta studio last week, I headed over to Ne-Yo's studio complex in the city yesterday to preview songs from Jadyn Maria.

Ne-Yo's Compound Entertainment signed Jayden Maria, a stunningly beautiful vocalist, to its growing roster of artists. I listened to a bunch of tracks that were recorded for her debut album, which is scheduled to be released in May. I provided some feedback to her management team and Maria who was present as well and commented on a few of the tracks she had written.

Some A-list songwriters and producers worked on this project. Ne-Yo contributed a few songs one of which he wrote with Natasha Bedingfield, which is a likely single contender. Norwegian hitmakers Stargate and Compound's own Chuck Harmony worked on a few songs as well. One of the single candidates is a duet between Jadyn and Travis McCoy of Gym Class Heroes.

Overall, the collection of songs for this record is impressive. Jayden's voice is nothing less than magnificent. This chick has some pipes and knows how to deliver a pop track. The production on the uptempo tracks is crisp, punchy and fresh. The majority of songs manage to unleash Jadyn's powerful vocals while balancing it with radio-friendly hooks that are never bland or unimaginative.

The engineering on some of the tracks reminded me of the production stylings on Rihanna's recent hits, which gives you an idea of Jadyn's sound. Ne-Yo is definitely on to something big with Jadyn who is the total pop package, combining skill, looks and determination.

(As a side comment, note that Jadyn's MySpace is currently under construction. All of the song that are featured are none of her new tracks.)