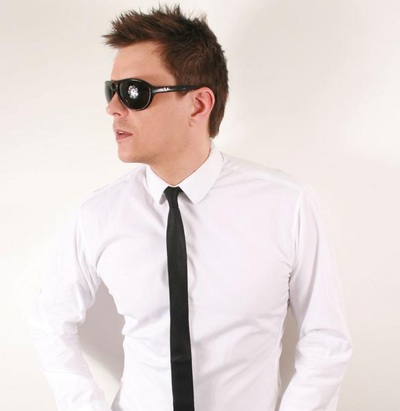 You may remember Christian Burns from his time with British boyband sensation BBMak that had a global smash with "Back Here" back in 2002. After the success of the trio, BBMak members went their own way to work on different solo projects In 2007, singer Christian Burns  resurfaced as a guest vocalist on Tiesto's crossover hit "In The Dark," which was a huge hit across Europe and Asia.

Arjan caught up with Burns in New York to talk about his upcoming solo album, the break up of BBMak, his new Bleachworks project and his upcoming collaborations with dance gurus David Guetta and BT. In fact, Burns had just flown in Washington state where he spent some time with BT to work on some new tracks.

Arjan: Hi there, Christian. Good talking to you. Curious to hear what you're up to.
Christian: You bet, Arjan. Love your blog!

I remember first hearing your name when BBMak hit MTV's TRL for the first time. "Back Here" was just everywhere at the time. But then I lost track of you guys until I spent time with Tiesto at Coachella in 2007 and he mentioned your name. What happened with BBMak and where were you all these years?
BBMak officially split back in 2003, and I was in legal situation for a couple of years with a management situation and label situation, which meant that I really couldn't do much. But I didn't sit still after we broke up. I went straight to the studio and just started writing, writing and writing. You know, I haven't stopped since, and I am still doing it now. 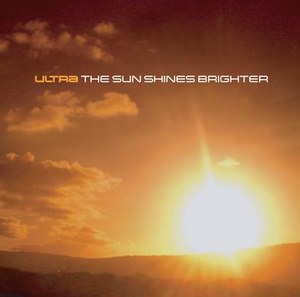 Ultra sold millions of records a few years ago, but its four members went their separate ways after a nasty dispute with their record label. The quartet’s new album "The Sun Shines Brighter” marks their official comeback. The title track is a gooey love song that might manage to stick with you whether you like it or not.

Fans of Take That, Boyzone and Westlife will be in for a sweet treat, and others might just want to bite into this guilty pleasure to get a little taste for it. It is one of those middle-of-the-road pop songs that you indulge in or spit out immediately. (Free download is courtesy of indiestore that has made this song available as a promotional track with permission of the artist. Click here to purchase other MP3s in the indiestore catalog.) 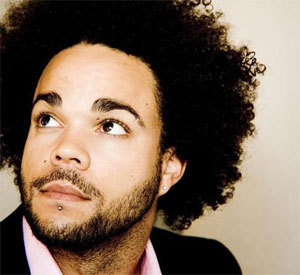 “Funkdefining” is life according to Nate James, Britain’s newest neo-soul sensation. This silky smooth jam is a celebration of good times, good friends, and of course, good music. “Just keep that soul in you,” the crooner reminds us. And with gifted people like James that will be a lot easier to do.

James was born at the American military base in Lakenheath in the U.K. to American father and British mother. As a child, he started to take an interest in music and tunes by Marvin Gaye, Prince and Stevie Wonder in particular. Much of these influenced can be heard on his  debut "Set The Tone" that he released in 2005.

For the past couple of year, the young soul singer has been touring in Europe and working on his new album, which is scheduled for release later this year. (Thanks to indiestore that has made this exclusive download available as a promotional track with permission of the artist. Click here to purchase more Nate James tracks in MP3 format at indiestore.)