In The Mix: Listen to ArjanWrites.com RedOne Mixtape 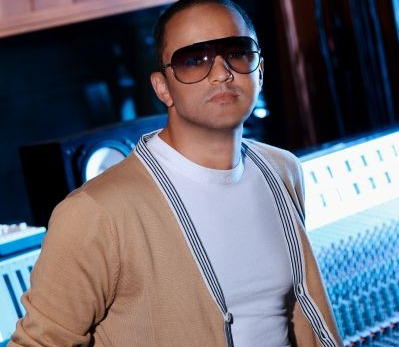 Lady GaGa ruled the pop scene this year. No doubt. She had four consecutive number one hit singles and made headlines with her showstopping performances that garnered her fans around the world. The entertainer thanks much of her success this year to RedOne, the Moroccan-born songwriter who produced all of her hits and helped the singer mold her distinct brand of pop.

RedOne comes from the Akon school of music - electro-infused pop that focuses on hyper-catchy melodies. The producer credits his upbringing for much of his global pop savvy. "Growing up in Morocco meant listening to every kind of music – from rock to pop to dance music, Moroccan traditional, Andalusian music, R&B," he says in an interview. "Morocco is a very multicultural country and its music is very rhythmic."

"Living in Sweden added the pop, commercial, quality side of it," he adds. "People in Sweden just love melodies. It is about creating something that makes you happy, and not complicating it too much. Mixing these two worlds is the perfect combination. Everyone that hears my music thinks it is so global."

Known mostly for his recent work with Lady GaGa, RedOne has been writing and producing music for pop acts for years. I put together a mixtape of some his best work - old and new. Register for my Facebook Page to listen to the mixtape. Included are:

"Taking Back My Love" - Enrique Iglesias

"Straight Through My Heart" - Backstreet Boys