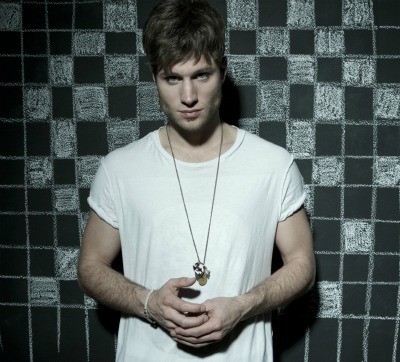 Producer and pop composer extraordinaire Dr Rosen Rosen turns up the disco drama and dancefloor glam on his fantastic remake of Graffiti 6's debut U.S. single "Annie You Save Me." Rosen Rosen skillfully enhances the original track with heavy strings and a punctuating groove, which complement Jamie Scott's raspy, soulful vocals oh-so perfectly. Fantastic work. Rosen Rosen always knows how to bring out the best in a song. After first emerging on the pop scene in the U.K. last year, look out for Graffiti 6's debut EP in the U.S. on Capitol/EMI later this month. (Download MP3)

Graffiti 6's handsome crooner Jamie Scott brings on the soul and lets in the summer sun with this excellent acoustic rendition of the group's new single, "Starlight." Emerging U.K. soul pop duo Graffiti 6 is the collaboration between London-based Jamie Scott and TommyD who first hit the scene last year with the track "Stare Into The Sun."

Since they released that track independently on iTunes, the Jame and TommyD have been working diligently in the studio on their debut album. Inspired by '60s soul and pop, Graffiti 6 puts out a warming blend that is dominated by Jamie's lush vocals combined with TommyD's happy melodic textures all tied up in a retro-styled big beat.

Signed to Sony/ATV publishing, Graffiti 6 is not a stranger to the music business. TommyD has worked with music giants such as Kanye West, KT Tunstall and Janet Jackson. Jamie, who you may remember from Jamie Scott and The Town, has had success across Europe and Asia, working with the likes of Ron Sexsmith, and touring with Alicia Keys amongst other.