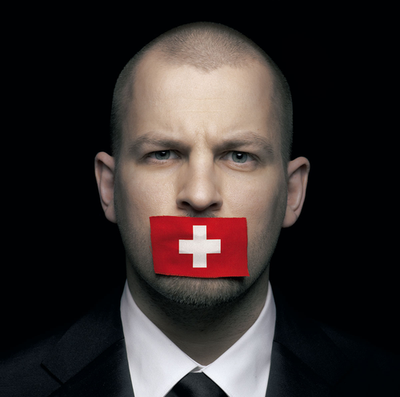 Not loving the vocals on this new track by Swiss MC Stress, but the beats by Electrolightz sure are hot. Check out "Nananah!" by one of Switzerland's biggest artists Stress that features a cameo by spunky American rapper Rye Rye. Oh la la! Get it totally guilt-free. 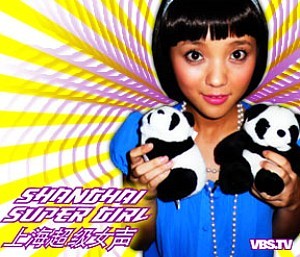 VBS.tv is airing a fascinating new online documentary about Shanghai Super Girl, the Chinese equivalent of American Idol. The show's recent finale pulled a massive amount of viewers and became the most watched  program in the history of television with billions of people voting for their favorite performer. The show's voting success made it also the biggest exercise in democracy in China's history. Consequently, the Chinese government shut down the program after its fourth season.

Over the course of 7 days, former Super Girl contestant Yang Lei took a VBS reporter around Shanghai to talk about modern life in China. They discuss everything from shopping to music, and from politics to the upcoming Olympics while visiting parts of the city. It's an interesting look at part of a country and incredibly rich culture that a lot of people still don't know much about. With the country's economy booming and the world's eye on the upcoming Olympic games, I wonder if Chinese music will make its debut on the world stage as well.

The epicenter of the recent earthquake that rocked part of China was Yang Lei's home province of Sichuan. VSB writes that Lei and her family are safe. If you want to donate your support to the international relief efforts, click here.

Here's something a little different.

Famed Brazilian songstress Bebel Gilberto released an exclusive iTunes Live Sessions EP on which she covers The Eurythmics "Sweet Dreams" and Grace Jones' "Slave To The Rhytm." Gilberto's acoustic renditions of these classics is unusual and arguably a bit to peculiar for '80s fans to love, but the singer's smooth and sultry delivery makes definitely for something interesting and worth checking out. Sample the songs and download the EP on iTunes.

In the Name Of Love: Africa Celebrates U2 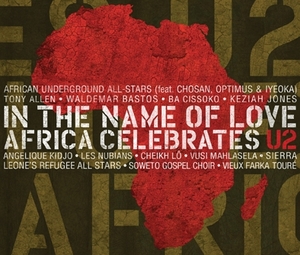 On April 1, 2008, Shout! Factory will release "In The Name Of Love: Africa Celebrates U2," an album celebrating the music, culture and future of Africa, and an unprecedented musical homage to Bono and U2 for their ongoing humanitarian relief efforts aiding the beloved continent. A portion of the record’s proceeds will directly benefit The Global Fund.

Produced by Shawn Amos and Paul Heck, this special release will features some of U2's most classic tunes covered by celebrated African artists including Angelique Kidjo ("Mysterious Ways"), Les Nubians ("With Or Without You"), Sierra Leone’s Refugee All Stars ("Seconds"), Vieux Farka Touré ("Bullet The Blue Sky"), Vusi Mahlasela ("Sometimes You Can't Make It On Your Own") and the Soweto Gospel Choir ("In The Name Of Love"). This album is another good example of how music can connect people and create a shared experience no matter where or who we are and what we believe in. It is a powerful thing.

Initially inspired by his work in South Africa while running the Quincy Jones Listen Up Foundation, Amos was impressed by Bono's charity work for the RED Campaign and its immediate impact in the region. He started working on this special collection of covers to find another unique way to boost awareness about Africa's fight against the global AIDS crisis, extreme poverty and the spread of malaria.

"Paul and I wanted to develop an easy entry point for the growing global community where they could get more involved and learn something deeper about Africa," says Amos in a press release. "It’s really a focus on the key successes of several regions, and the African artists who originate from these areas. It’s our goal for the public to learn more about all the good that’s happening in Africa.  We are trying to garner excitement about the culture, in addition to drawing people toward the struggles of Darfur, etc. This is a project which celebrates Africa!"

Listen to some of the songs here or on the Shout! Factory web site. Most striking track I find Soweto Gospel Choir's a cappella rendition of "In The Name Of Love." It's epic.

Time for something a little different.

Zizek Urban Beats Club is considered one of the hottest clubs nights in Buenos Aires, Argentina. Every Wednesday night, hundreds of urban hipsters, nightlife mavens and other mainstream outcasts gather at Niceto Club in the city's trendy Palermo district to enjoy some of the best underground beats the country has to offer.

Zizek Urban Beats Club is the home of a modernized version of cumbia, a Latin American sound that originates in Columbia and has long been looked down on as dance music for the lower classes in Argentina (much like baile funk in Brazil). Zizek's modern-day version of cumbia is a peppy blend of electronica, dancehall, hip hop and authentic Argentinean tango influences with violins, doublebass and authentic bandoneons. Suffice to say that it is unlike anything you've heard before.

The popular club night plays host to live shows performed by local MCs, producers, composers and DJs and is bringing it's collective to Austin, TX this week to play at South by Southwest. Download a few guilt-free MP3s from an upcoming Zikek Urban Beats Club compilation to get a taste from Buenos Aires' hip and happening underground. (MP3s posted with permission.)