Glee is more than a hit television show. It's a bonafide global musical phenomenon that has created new television stars, delivered more than 100 Billboard Hot 100 hits, has broken iTunes records everywhere, and has inspired people around the world with its empowering message of individuality and positivity.

Driving force behind the music of Glee is the show's musical director Adam Anders. The Swedish born songwriter and producer has had a longstanding career in pop music, penning hits for artists like Ace of Base and The Backstreet Boys, and composing tracks for Disney's Camp Rock, High School Musical 3 and Hannah Montana: The Movie.

I recently sat down with Anders in the Cherrytree House to talk about the success of Glee and to give viewers an inside scoop on how the show's music production works - from picking the songs and mash-ups to working with the talent to the 24/7 production cycle to keep up with the weekly schedule of the show.

We had a lot of fun filming this episode and I'm excited to share it with you. A big thank you to Adam and the Cherrytree Records team for their time and support. Stay tuned for a new series of Cherrytree Pop Chop Minutes that will air later in June. Make sure to like if you love and share if you care. Thanks! 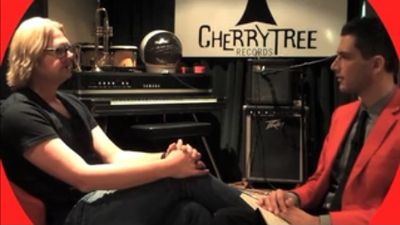 A very special Cherrytree Pop Chop episode will premiere this upcoming Sunday at 12 noon PDT and will feature none other than songwriter/producer Adam Anders, executive music producer for Fox hit show Glee. Adam has been a driving force behind the incredible success of Glee who is in charge of everything that has to do with the show's music.

His renditions of many Top 40 radio hits featured on Glee have proven musical success by achieving more #1 Billboard singles ever. Glee's first new and original songs, "Loser Like Me" and "Get It Right," which were written by Anders, landed at #1 and #2 respectively on the iTunes Top Songs Chart.

Another original Glee track written and produced by Anders, “Hell To The No” reached the #8 slot the same week. Glee celebrated its biggest sales week with seven tracks occupying iTunes Top Songs Chart with 986,000 tracks downloaded.

In our sit down, Adam talks at length about his work on Glee and gives viewers some inside scoop on how the show's music production works - from picking the songs and mash-ups to working with the talent to the 24/7 production cycle to keep up with the weekly schedule of the show.

On a much more personal note, Adam also talks about what the outpouring of support for the show by fans everywhere means to him personally. Adam tells an incredible story that you don't want to miss.

This extended version of Cherrytree Pop Chop will premiere on Sunday at 12 noon PDT right here on ArjanWrites.com and on CherrytreeRecords.com. 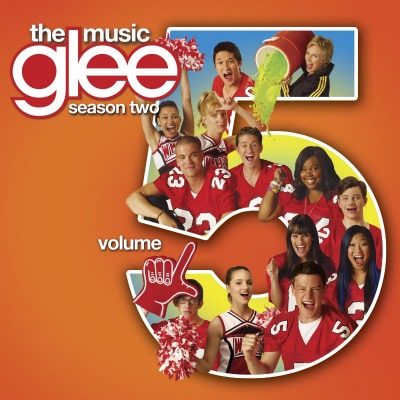 Pop heads and other Gleeks rejoice! Some major Glee news hit the wires today. The show's executive music producer Adam Anders has included two original tracks on the show's forthcoming new compilation "Glee: The Music, Volume 5." That's right - two original tracks. This is the first time ever that brand-new music will be featured on the show.

And it's some very promising new material. The original tracks include "Loser Like Me," "an energetic ensemble track" that was co-written by none other than Max Martin, Adam Anders and Peer Astrom, and "Get It Right," (co-written by Adam Anders and Peer Astrom) which is described as "a moving ballad brought to life by Lea Michele’s immense voice. "

Both of these original tracks will air in the Glee episode on March 15 (8:00-9:00 PM ET/PT) on FOX.  In addition to these new tracks, "Glee: The Music, Volume 5 "will feature the Glee casts take on such pop gems as Lady Antebellum’s GRAMMY-winning "Need You Now," Katy Perry’s "Firework" and Justin Bieber’s "Baby."

Gwyneth Paltrow makes a return to Glee and is featured on such classics as Prince’s "Kiss," Fleetwood Mac’s "Landslide" and Joan Jett’s "Do You Wanna Touch Me (Oh Yeah)." Paltrow’s earlier Glee contribution, a cover of Cee Lo’s "Forget You," was a big hit among fans and has just been certified Gold for sales in excess of 500,000 downloads.

Also featured on Glee: The Music, Volume 5 is the casts much talked about mashup of Michael Jackson’s "Thriller" and the Yeah Yeah Yeah’s "Heads Will Roll" which was seen by Glee’s biggest audience to date of 26.8 million viewers right after the SuperBowl. Get the full track listing after the jump