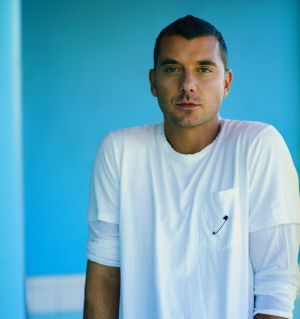 Okay, now THIS is an exciting way to let people sample pieces of your new album. (And it's doesn't appear to be a whole lotta junk.)

Gavin Rossdale quietly released his new single "Love Remains The Same" on iTunes this week that is taken from his forthcoming solo LP "Wanderlust." It is a slick little middle-of-the-road ballad that is a lot more glossy than his previous work with Bush and Institute. Perfect fare for adult contemporary radio and VH-1.

The folks at Buzznet caught up with Gwen Stefani's hubby to talk about this new record. Rossdale explains that after his time Bush and Institute that it was time for something. "What I liked about 'Wanderlust' is that I had a lot of ground I wanted to return to that I had forsaken with the heavier, detuned style," he tells Buzznet. "I like to refer to it as my 'tin machine' period. Good — but heavy. I have tried to put my essence in every record I have made. This happens to be a different essence."

He also reveals that the fabulous Ms. Stefani-Rossdale will be making a cameo on the track "Some Days." That's something to look forward too.