Listen to What Happened When Go Met Gaga... 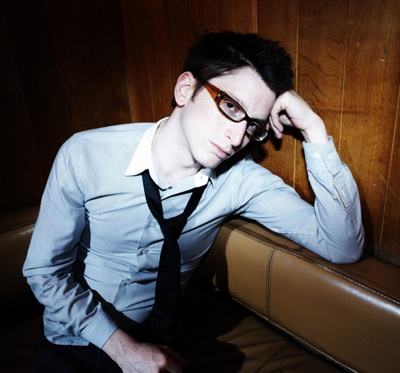 U.K. singer Gary Go first hit the mainstream spotlight after he covered Lady Gaga's ubiquitous "Just Dance."  "I chose [to cover "Just Dance"] because I was thinking about her quite a lot," he tells the Glasgow Daily Record. "We met when we both played London's Koko venue this year. She was in the dressing room opposite me and someone shouted to her to come and meet Gary Go. She shouted back that she had no clothes on, but two seconds later she just came to the door with nothing on then quickly threw a little jacket on."

"It was quite a meeting and she is very attractive. She's a performance artist, so I guess she doesn't have any inhibitions, but it certainly had an effect on me," the bespectacled, Thomas Pink sponsored singer remembers. So cute.

Go's soul-barring debut single "Wonderful" is best described as an atmospheric mash of Coldplay and Keane with lots of big, grand emotions presented in a sweeping sonic soundscape. But there's nothing crunchy about it. Go's music is slick and decidedly pop. Listen to "Wonderful" here and download it on iTunes here.

Gaga sure was impressed by Go as well and she invited the singer to support her on her European summer. Go will be making stops with Gaga in London, Paris, Vienna and Berlin.