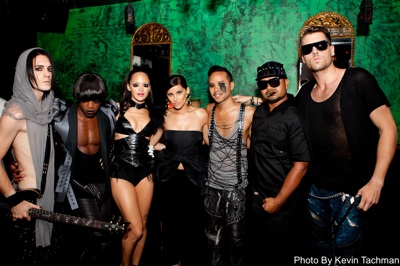 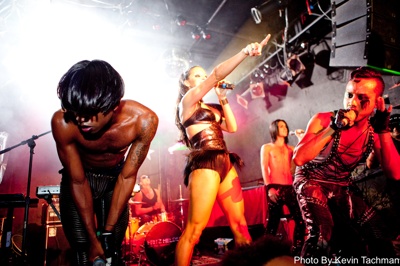 "This is the third time I've seen Fritz Helder & the Phantoms -- first opening at Lady GaGa's CD release party last year, and at Arjan's Superfraiche music showcase last month -- and they just keep getting better.  Maybe it was Mr. Black venue, the crowd, or being the headliner -- but they really seem to be coming into their own.

Hosted and introduced by my favorite maneater, Nelly Furtado, Toronto-based Fritz Helder & the Phantoms -- comprised of lead singer Fritz Helder, sporting a Dorothy Hamill haircut, keyboardist Diego Superstar and his exaggerated eyelashes, the fabulous and spunky Pastel Supernova and sexy, smokey-eyed guitarist Silk Helder -- put on a raucous set of 11 songs, most off their new CD, "Platinum Edition, Greatest Hits."  Right off the bat, you can't deny their comparison to the Black Eyed Peas simply because of the make-up of their band members (3 multi-ethnic guys and a hot girl).  But these guys really have their own thing going on.  Loved their style, music, and syncopated moves.  They've really meshed as a band.  Plus, you gotta love the gumption of a group that names their debut CD, "Greatest Hits!" Available on iTunes now.

Highlights of their set included "Sex Robot," which reminded me of vintage B-52s,  "All Over The Place," "Red Coat," "Making a Scene," "You Ain't Vogue," and "Punch Me in the Heck," which allowed Pastel to shine center stage!  Their first single, "Lagerfeld Lady" was also a big crowd pleaser. So hot, Fritz Helder was literally dangling over me on the railing, singing (and sweating). Final verdict?  I'm listening to their CD now, and I'm already hooked." (See some of Brian's photos here.) 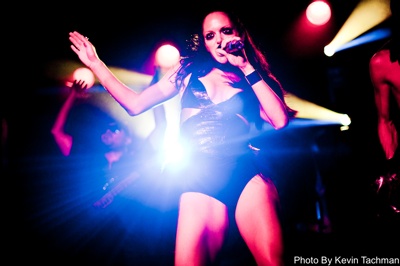 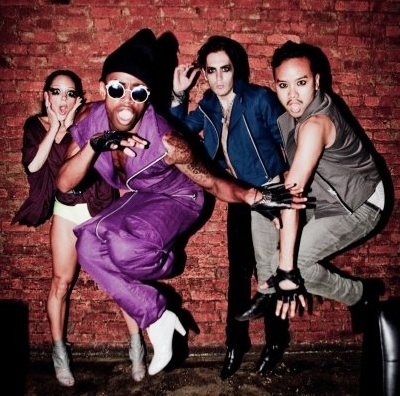 New Yorkers! Be there or be square. The Superfraiche performers will sure pull out all the stops with their mentor Nelly Furtado in the house. Mr. Black is located in Manhattan's Garment District on 251 West 30th Street.