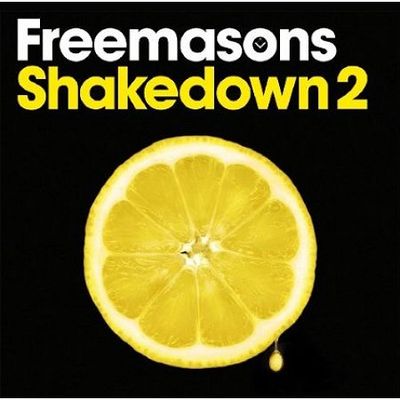 (Review by guest writer Will W.)

Make no mistake about it, Freemasons are among the finest of production teams in existence.  The Brighton duo have just released the second installment of their "Shakedown" compilation series and it is phenomenal.  In an age where dance music now has strong electro leanings, Freemasons have remained true to their soulful disco roots; they remain relevant with a sound all their own.  Featured on "Shakedown 2" is an eclectic mix of re-workings of classics and newer collaborations with some of the hottest names in pop music.

The two-disc set is evenly balanced in that there are no real lulls to be found.  It is high-energy bliss from start to finish and its release is fittingly timed in a summer that unfortunately has lacked any true standout anthems.  The first disc boasts a stellar remix of Solange Knowles' "Sandcastle Disco"; Jamiroquai's "Don't Give Hate a Chance"; a cover of Alanis Morissette's "Uninvited" which outshines its original; Moby's delicious "Disco Lies"; "Keep This Fire Burning" (originally performed by Swedish pop muse Robyn) and the classic "Free" by Ultra Naté.