Frankmusik "Do It In The AM" feat. Far East Movement on iTunes Now 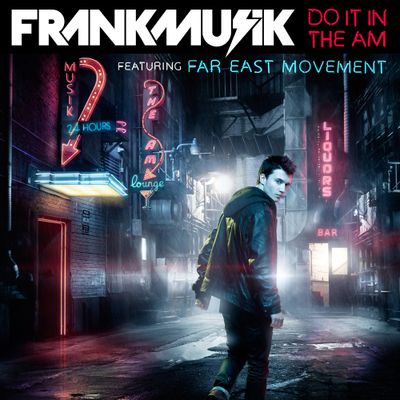 Pop lovers across America should do themselves a big favor and head to iTunes right now to download Frankmusik's new single "Do It In The AM." After giving us a taste of his evolved sound with "The Fear Inside" earlier this year, "Do It In The AM" is marked as Frank's official new single that is the title track of his forthcoming sophomore LP.

Today's single release is a moment that has been long in the making and is a reflection of Frank's journey over the past 18 months. "Do It In The AM" is an excellent new pop effort that features his labelmates (and good friends) Far East Movement, which introduces a polished, radio-ready sound that is fresh and forward yet distinctly Frankmusik. (Support new pop and download Frankmusik "Do It In The AM" it on iTunes or Amazon.)

Listen to Frankmusik feat. Far East Movement "Do It In The AM"

Yes, ladies and gentlemen. The cat's out of the bag and there's nothing that can stop this mighty hit tune from happening.

Not only did we get a peek at the artwork for Frankmusik's new single "Do It In The AM" exclusively at CherrytreeRecords.com this morning, the full radio edit of the track plus a bunch of remixes have now been unleashed as well. And oh yes, it has been worth the wait. "Do It In The AM" is fingerlickin' good, so all you pop heads better get ready for a dose of sweetness.

Featured on the track are Frank's label mates Far East Movement who add some punchy rhymes to the song. As earlier indicated by the "The Fear Inside" and now again by "Do It In The AM," Frank's new "American pop" sound is a lot more compact and more tightly produced compared to his work on "Complete Me." But fear not. This new work is a signature slice of Frankmusik's brand of prog pop, featuring his pitch-perfect delivery, the Frank falsetto and his pop playfullness that make him a pop star unlike any other.

Co-written by Martin "Cherry Cherry Boom Boom" Kierszenbaum, "Do It In The AM" is as a massive summer jam with an instantly catchy and sparkly melodic hook. The line "A to the M and then we do it again" dominates the track and is a lyric to remember because you will be singing it along often in the months to come. 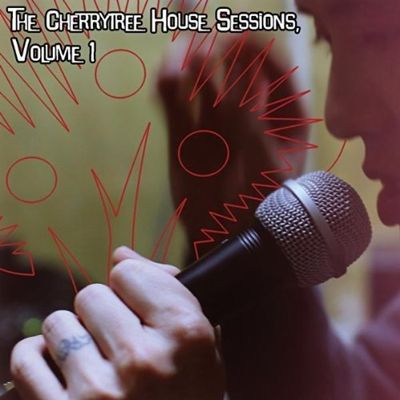 Have you ever wondered what it would sound like if your favorite artists would play a show in your living room? That's exactly what you will find out when you listen to "The Cherrytree House Sessions Volume 1," which is an eclectic collection of acoustic and intimate performances by artists like Robyn, Sting, Feist, Kelis, Ellie Goulding and Far East Movement.

What sets these performances apart is that they were all recorded at The Cherrytree House, which is the office of Cherrytree Records founder and chairman Martin "Cherry Cherry Boom Boom" Kierszenbaum. His office is set up as a multi-functional space with comfortable couches and a large soundboard set up next to his desk that face a small stage area with instruments, lighting and a large Cherrytree House banner on the other side of the room.

The story behind the "The Cherrytree House Sessions Volume 1" is as remarkable as its performances. After launching Cherrytree Records (an Interscope imprint) in 2005, Kierszenbaum took all of the instruments he'd bought over the years and set them up in his office for artists to use. He started to record the performances of the artists that would visit his office to capture their unique essence. No filler, no fluff. Just good music.

The first installment of "The Cherrytree House Sessions" takes listeners from Robyn's intensely moving performance of "Be Mine" to the timeless delivery of "The Snow It Melts The Soonest" by Sting, and from the heartfelt songwriting of Keane's "Somewhere Only We Know" to the haunting rendition of "Mirrors" by Natalia Kills. Emerging Swedish singer Mohombi adds a dose of exuberance on his fun performance of "Bumpy Ride" while Ellie Goulding enchants listeners with "The Writer." Far East Movement and Frankmusik team up to perform their global smash hit "Rocketeer."

The release of "The Cherrytree House Sessions Volume 1" is a crowning achievement for Martin Kierszenbaum, a passionate (and may I add, tireless) purveyor of pop. Together with his team he continues to highlight exciting new pop music in unique and unexpected ways and this very special album release is solid proof of that. It's a labor of love for them and a big treat for us.

Check out a very special message by ArjanWrites.com fave Frankmusik that he recorded in his Hollywood studio to highlight "The Cherrytree House Sessions, Volume 1." Available on iTunes and Amazon.com tomorrow, this very special album features a collection of exclusive, intimate recordings from Cherrytree Records artists such as Sting, Keane, Robyn, Feist, Natalia Kills, Far East Movement and Frankmusik. It's an eclectic compilation of music that is a must-have for any music lover with a passion for the finest in pop music. Stay tuned for more about "The Cherrytree House Sessions, Volume 1" tomorrow. Whoa! You must check out Frankmusik's fresh new remix of Kay's debut single "My Name Is Kay" that he officially titled the "Lost The Damn Gameboy Remix" (which brings out the LOLs). Frank's revamp of Kay's stomping original is one happy-go-lucky brew that will drench your day in sunshine. Pure fun.

Kay is one of the freshest new pop artists to keep your eye. I've blogged about her before and exclusively premiered tracks like "M.A.J.O.R" and the single edit of "My Name Is Kay." For the past few months, Kay has been working with none other than savvy hitmakers Ryan Tedder (of One Republic) and Evan Bogart (Beyonce, Britney Spears, Adam Lambert) to record tracks for her debut album that will be released on Interscope Records.

If you have a moment, you must check out my video interview with Kay and Ryan Tedder. Their goal is to craft a fresh new female pop sound that is unlike anything out in the charts right now. "It is a mix between Outkast, Gwen Stefani and Missy Elliot," Kay told me to describe her music. "We want to bring something that will define pop music next year, not what's being done in the charts now," Tedder added.

Nice! Also, check out Kay's website on which she posts one new pic every day. Go "peep her shizzle." Hilarity. Loving Kay!

Kay vs Frankmusik "My Name Is Kay (Remix)