[VIDEO] Florrie "I Took A Little Something" (Director's Cut) 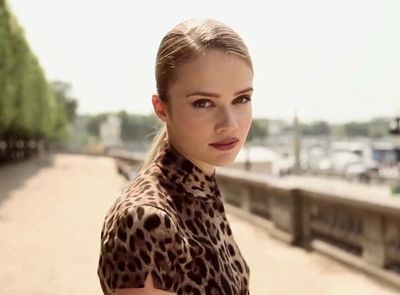 An exclusive teaser of Florrie's "I Took A Little Something" premiered right here on ArjanWrites.com last week and today Dolce & Gabanna released the full version of this fashion video in conjunction with Fashion Week in Milan. D&G is one of the sponsors of Florrie's EP project that enabled her to record and release her music without the backing of a major label. (Download Florrie's "Experiments" on iTunes now.)

Beautifully shot by fashion photographer Justin Wu, the stylish video shows an immaculately styled and drop-dead gorgeous Florrie strutting around sites in Paris dressed to the nines. From the Sacré Coeur to Jardin des Tuileries, and from the Eiffel Tower to Pierre Herme's famous chocolaterie. Tres chic! Her natural beauty is a perfect match for these timeless Parisian scenes, and it sure is a classy way of introducing "I Took A Little Something" to fashionistas and pop heads everywhere. (Source)

Watch the entire video after the break. 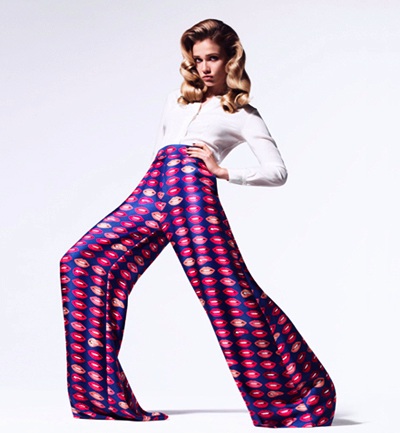 Rising British pop star Florrie continues to surprise fans and industry insiders by taking an unconventional approach to recording and promoting her music.

Instead of going after a big label deal, the drummer-turned-vocalist chose to go at it independently and find corporate sponsors to fund her recording projects. And instead of charging people for her music, she tapped into the power of social media, and decided to initially give most of her music away for free to stir up a buzz with the support of online media.

Saturating fan communities with free music was a perfect way to get people hooked on Florrie's sleek and stylish brand of pop that has been embraced by an eclectic fanbase on both sides of the Atlantic. But the time has come for the singer to put her hard work up for sale with this week's release of her brand-new EP "Experiments."

Undisputed stand out track on "Experiments" is the pristine "I Took A Little Something," a massive pop tune paced by a shimmering disco groove and a twinkling synth riff that Kylie Minogue would salivate over.

[EXCLUSIVE] Florrie "I Took A Little Something" Video Preview 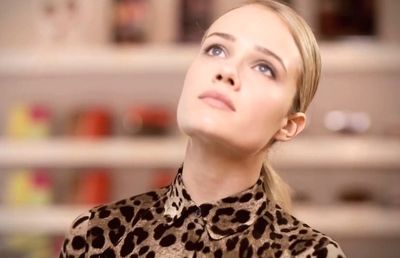 Rising U.K. pop singer Florrie has partnered with Italian fashion brand Dolce & Gabbana to produce the music video for her new single, "I Took A Little Something." Dressed to the nine in D&G fashion, the video was shot all over Paris from the famous Cristal Room to the Eiffel Tower to Pierre Herme's famous chocolaterie.

The video was produced and directed by famed fashion photographer Justin Wu who adds a dose of timeless chic to the video's overall visual aesthetic that perfectly fits Florrie's music.

Frequent readers of this blog already know about Florrie, an independent singer and multi-instrumentalist who has released loads of guilt-free MP3 downloads to stir up momentum for her music.

She released a brand-new EP on iTunes worldwide this week that is titled "Experiments." This collection of new songs (that includes "I Took A Little Something") helps to further define her DYI brand of pop and electro that is marked by catchy hooks and distinct indie stylings. The final video will broadcast on Swide.com on June 22. (Watch the teaser video for "I Took A Little Something" after the break.) 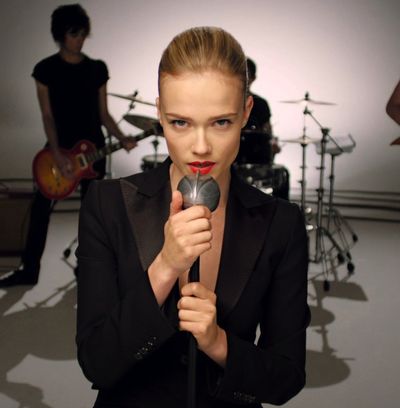 It's been a while since we last heard from Florrie, but that doesn't mean she has been sitting idle. The drummer turned pop singer (and Xenomania's latest darling) has been working on tracks for her forthcoming new EP that follows the guilt-free release of tracks like "Panic Attack," "Call 911" and "Gimme Your Love."

Check out the just-released video for her brand-spanking new single "Begging Me" to find out what kind of pop hotness she has been up to. The instantly catchy tune further defines what Florrie's distinct sound is all about - sleek and stylish pop dominated by dancefloor-savvy beats, a bouncy bass and Florrie's delicate vocals. "The rhythm and the bass up in my face, but you're blocking the floor," she sings, begging her lover to move out of the way and let her hit the dancefloor.

In a 2010 interview, Florrie explains what people can expect from her musically. "I've got different ideas. Different styles and ways to do it. I like to make music that people want to dance to. Obviously, I love beats, but I also like the raw sound that you get with a guitar. So it’s going to be a big mixture: Kind of a sixties, organic feel merged with modern pop beats and electronics." (Support new pop and download "Begging Me" on iTunes now.)

Watch Florrie "Give Me Your Love"

After giving away song after song, and remix after remix, emerging British pop singer Florrie is finally releasing her very first EP this week. Simply titled, "Introduction," this digital EP features four tracks, including "Call Of The Wild," "Give Me Your Love" (MP3), "Summer Nights" and "Left Too Late."

You can download the EP totally free-of-charge on Florrie's web site starting on Wednesday. While awaiting that must-have download, make sure to watch a special video that her team put together for the EP's lead track, titled "Give Me Your Love." This video neatly shows that this former Xenomania drummer turned stylish pop siren is not only very talented, but also stunningly gorgeous. Two primary ingredients of any successful pop package.

Click here to view the majestic cover art for "Introduction."