Discovering the History of the American West 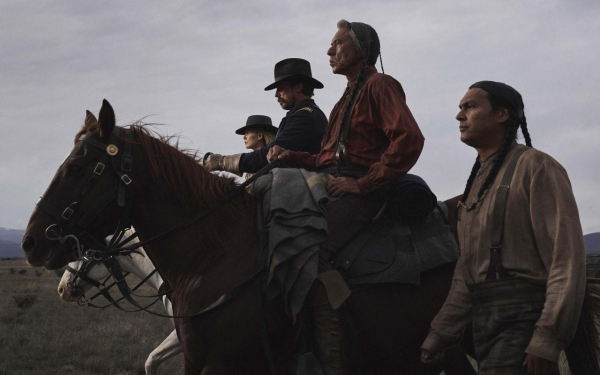 I’ve been diving into the history of the American West to better understand its past, culture and people - specifically the history of Native American tribes. Hostiles is a film that provides an honest glimpse at the dark history of the American West. Written and directed by Scott Cooper, it’s a beautifully pictured film that chronicles the journey of army captain Joe Blocker (Christian Bale) in 1892 on a journey from New Mexico to escort the ailing Cheyenne chief Yellow Hawk (Wes Studi) to his native land in Great Bear Wilderness, Montana. Along the way, the relationship between the two rivals grows from deep distrust into a genuine bond of compassion and respect. The brutal journey northwards is a fitting metaphor to illustrate the effort it can take to foster understanding and reconciliation.

"Rize" is a fascinating movie about crumping, a new innercity dance movement inspired by African tribal rhytms. Directed by famed photographer David LaChapelle, the movie depicts the life of African-American teenagers in south Los Angeles who crump in their attempt to escape from "gutter life" in the violent streets of their neighborhoods. With painted faces, mass dance offs and empowering rap music, crumping will surely make its way into mainstream music.

While watching the movie, I realized how African-American subculture once again is on the cutting edge of pop culture. When it comes to music and visual arts, it is the creativity of a small group of struggling youngsters that eventually influences the everyday life of people around the world.

The soundtrack of the movie includes tracks by Christina Aguilera ("Soar"), Dizzee Rascal ("Fix Up, Look Sharp"), the Five Blind Boys Of Alabama, Planet Asia and MC/choreographer Flii Stylz. Check out tracks from the album and photos from the release party on MySpace.

"Hot Boys Who Can Act" 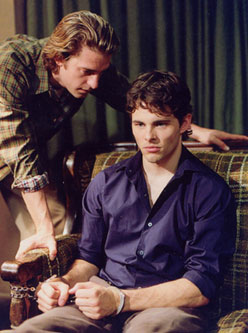 Hollywood hunks James Marsden ("X-Men") and Scott Speedman (WB's "Felicity") are hoping to get a critical career push with "The 24th Day." The independent movie features the two budding actors in a break-out performance that might shed their pretty boy image.

The flick will be shown at the Los Angeles OutFest movie festival that will be held July 10-13.

The movie tells the story of Tom (Scott Speedman), a married metrosexual who has lived his life as straight. It has been 24 days since Tom finds out he is HIV-positive. Consumed with sorrow and rage about his situation, Tom kidnaps Dan (James Marsden), the only man he's ever slept with and the person he believes is responsible for giving him the virus. Tom threatens to kill Dan if the HIV he administers comes back positive.

Tom's violent kidnapping of Dan and Tom's murderous threats clearly pass the bounds of legal and rational behavior. And yet, if Tom's conviction about Dan is true, then Dan is accountable for more than a minor moral lapse.

The suspense-filled movie is based on a play that director Tony Piccirillo wrote for an acting class in the 1990s.

You'll be disappointed if you're hoping to watch Speedman and Marsden make out in this movie. The indie drama does not feature any intimate moments between the two actors to not take away from the dramatic suspense. Speedman says in an interview with the Cinema Source that he wouldn’t have had a problem with getting a bit closer to Marsden.

The film has met mixed reviews when it was first shown at New York's Tribeca film festival. The New York Post even went as far as calling it a movie with "the most ludicrous plot ever." However, bloggers have embraced the movie simply because "hot boys who can act are a rare breed."

"The 24th Day" is available on DVD at TLAvideo.com. 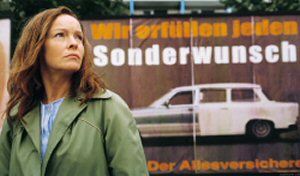 "Goodbye Lenin" is about waking up to a new reality whether you like it or not. The German flick has become the highest grossing movie in German history since it premiered at Berlin's 2003 International Film Festival. The picture has also been honored with multiple awards, including a nomination for Best Foreign Language Film at this year's Golden Globes.

Set in East Berlin, the story begins a few weeks before the fall of the Berlin wall in 1989. Alex (the talented Daniel Brüh) lives with his loyal communist mother Christiana (Kathrin Sass) and his older sister Ariana (Maria Simon). When Christina has a heart attack, falls into a coma and awakens 8 months later, East Germany has dramatically changed. There is no more border control and capitalist icons such as Pepsi and Coca Cola have taken over the local grocery store.

Young Alex is worried that the excitement about the fall of the Berlin wall might affect his mother's weak health. Together with girlfriend Lara (Chulpan Khamatova) he transforms their small appartment into a musuem with artifacts from the Socialist era and makes his mother believe nothing happened during her absence.