Dev's forthcoming video for her new single "In The Dark" is one of the singer's most ambitious projects to date that will firmly position her as a powerful new force in pop to reckon with. After the success of "Like A G6" and "Bass Down Low," Dev is slowly but surely coming into her own and the alluring video for "In The Dark" turns things up a few notches. It further details her stylish and seducing brand of pop that has a universal appeal. Check out exclusive behind-the-scenes footage of the making of "In The Dark" plus previews of the final video. (Download Dev "In The Dark" on iTunes|Rdio) 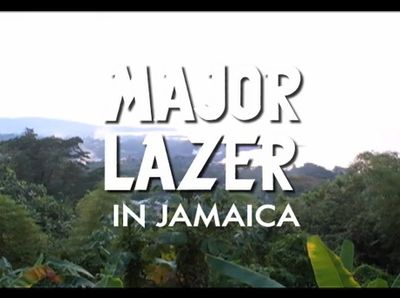 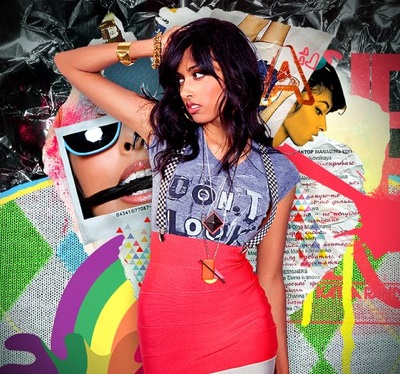 You may remember that I blogged about Anjulie back in 2008 when she released her debut single "Boom." Born and raised in Toronto, Anjulie brings a unique perspective to the crowded pop scene. She was raised by immigrant parents from Guyana who fed her a diet of vibrant musical genres, from Afro-Caribbean calypso to reggae, and from Latin rock to straight up pop.

Those inspirations taught Anjulie that great pop music doesn't have to come in one, single cookie cutter package. Pop music can be many different things and on her debut album she experimented with lots of different rhythms that echoed memories of fellow Canadian Nelly Furtado.

Over the past few years, Anjulie has traveled back and forth from Toronto to Los Angeles to record tracks for her new album. Music insiders know that recording a sophomore album can be a painstaking process with lots of turns and twists. Anjulie worked patiently and diligently with different producers to spark an exciting new sound that would still be decidedly hers.

One of the people she has been working with is ArjanWrites.com pal Dr Rosen Rosen who has produced some excellent pop-forward tracks for the singer.

Anjulie gives us a taste of her music with today's release of "Brand New B*tch," which is not only an instantly catchy pop gem but also makes a strong statement in not-so subtle terms. Over the last few years, Anjulie has gone thought many personal and professional changes, and this new tune is a reflection of her emotional journey.

Produced by John O'Brien together with Anjulie, "Brand-New B*tch" is a buzzing, club-sized dance-pop track squeezed into one tight, potent production that underlines once again that Anjulie is a pop chameleon who is not afraid to try and tell it like it is. She's an exciting talent to keep your eye on. (Download)

Exclusive Video: Frankmusik Talks About New "The Fear Inside" Video

Frankmusik"s music video for "The Fear Inside" has exploded onto the scene after it premiered on Frankmusik.com and CherrytreeRecords.com late last night. In many ways, this new video sums up Frank's creative journey of the last year.

After moving to Los Angeles almost twelve month ago, the singer has tapped into his refreshed musical mojo and juiced up his mighty pop sound.The video also shows him in a new light, solidly positioning him as the next big male pop thing to look out for (and you all know we desperately need one!)

Frank has been performing with Far East Movement all over Southern California this weekend and last night night he joined his Cherrytree label mates at KIIS FM's annual Jingle Ball at Nokia Theatre in downtown L.A. He took a moment backstage to record some exclusive commentary about "The Fear Inside" for all you handsome readers of ArjanWrites.com. Thanks, Vince!

Watch it right here, right now and then immediately jump to Cherrytree.com's web site to watch the entire new video for "The Fear Inside" in all of its pop splendor. Make sure to grab the single on iTunes next week on December 14.

A trailer for the video will premier tonight at midnight PST on the Cherrytree Records web site, but scroll through a few stills from the video now to get a taste of what's about to come. It features Frankmusik and actress Natalie Loren.