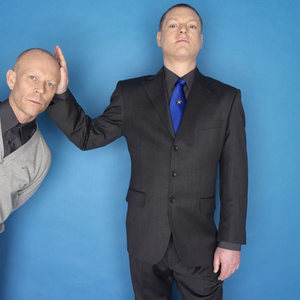 After their successful teaming at the True Colors tour last summer, Erasure and Cyndi Lauper collaborate again on the new tune "Early Bird." I have never heard Lauper on such a synthy, electro production before but it is sounding pretty good. Andy Bell's choir boy vocals and Lauper's distinct, emotive vocal renderings gives "Early Bird" a bit of a gospel vibe.

The song is featured on Erasure's new "Storm Chaser" EP that hit stores on October 2. The release features a whopping eight remixes and single versions of recently released tracks plus "Early Bird." Included on the disc are mixes by DJ Manolo ("Sucker For Love"), Oscar Salguero ("When A Lover Leaves You") and Koishii & Hush ("Storm In A Teacup"). Click here to listen to the remixes. (Click here to purchase "Early Bird" in MP3 format on 7Digital.) 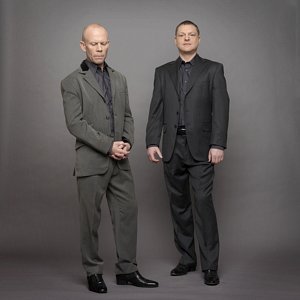 My interview with Erasure was postponed several times and has now been scheduled for later this week. Their new album "Light At The End Of The Word" is leaking all over the mighty internets, so feel free to submit a few questions about that record for the band if you like.

Ask The Artist: Questions for Erasure?

Erasure is unstoppable. After more than two decades of making music, the British electro-pop duo is still going strong. They will release a brand-new album in May that follows twelve studio albums and numerous EPs and compilations. Andy Bell and Vince Clarke have also joined the line-up of the Tour Colors concert series and will be zigzagging across America to play for you. They also just announced they will perform together with Joan Rivers at G-A-Y in London on May 19.

I'm speaking with Andy Bell on Friday and I'd love to include some of your questions. So after Tracey Thorn, Erasure will be the second act to be featured in Ask The Artist. Leave your questions in the comment section or just email me.

So dust off that old "Abba-esque" record or listen to some of their new work to get into the groove of it. You can make your questions fun or intelligent, it is totally up to you. I will try to include as many of your questions as possible and report back here. (Deadline is Monday, April 23, 9:00 a.m. ET)