arjanwrites.com: Empire of the Sun

Free MP3 Download: Empire of the Sun "We Are The People" (Terrestrial Super Receiver remix) 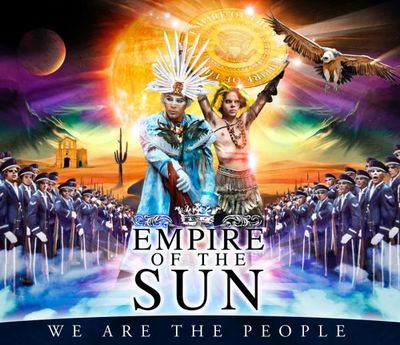 Terrestrial Super Receiver has a wonderful knack for creating atmospheric synth pop confections. Inspired by the likes of Captain Future and Jean-Michel Jarre, he revamped the sublime "We Are The People" by NewNowNext nominees Empire of the Sun and turned the dreamy quality of the original up a few notches. (Make sure to download Empire of the Sun's debut album here.)

Empire of the Sun "We Are The People" (TSR remix) 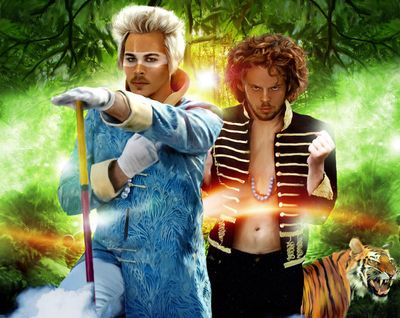 MTV Logo Arjanwrites Award nominee Empire of the Sun is sending a special MP3 to ArjanWrites.com readers. All the way from Australia with a brief lay-over in Hong Kong, landing firmly on your computer screen. (Click here to vote for the MTV Logo ArjanWrites Award.)

In Case You Missed It: Watch Empire Of The Sun "Walking On A Dream"

I believe there are still a few people out there who haven't seen this phenomenal video by Empire Of The Sun. Drop everything you're doing and watch it right now (press the HQ button). They're definitely one of my favorite acts to watch in 2009. Think MGMT with a bit of camp and whole lot of Aussie thunder.

The group's debut album finally drops in the States next week. Mark your calendar! There are a lot of amazing remixes of this song going around as well. Got any favorites? (I'm digging the Sam La More remix.)

Listen to Empire of The Sun "Walking On A Dream" 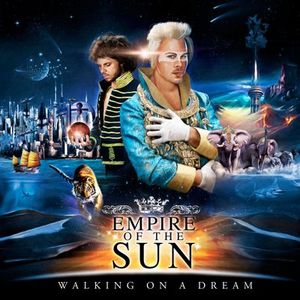 Australian newcomers Empire Of The Sun are a combination of extremes. They're like Mozart meets Star Wars meets Scissor Sisters meets The Who. Conceived by Australian Luke Steele, I can best described Empire Of The Sun as a musical concept that combines bold, saturated visuals with an epic pop-rock sound. (Look at some of the amazing visuals here.)

The group recently released their single "Walking On A Dream" on iTunes that includes the original radio edit plus remixes by Van She, Kaskade, Danger Racer and Sam La More. The group's album hit U.S. download stores on April 21 on Astralwerks. The label writes:

"Empire Of The Sun brings together two unlikely collaborators from Australian pop. From Nick and Luke's collective unconscious arose a rare marriage of rock and electronica, immediacy and depth, futurism and tradition, hi-tech production and creative spontaneity, pop melody and the cinematic."

Listen to Empire Of The Sun's "Walking On A Dream" below. Also make sure to watch the video for the track. which was filmed in Shanghai.