During her U.S. tour earlier this year, British pop star Ellie Goulding stopped by San Francisco's famed Alamo Park to play a couple of tunes, including this gorgeous and stripped down version of "Starry Eyed." Ellie's acoustic performances (like this one) neatly spotlight her powerful, emotionally honest songwriting and her heartfelt delivery that warms me everytime. Make sure to watch it after the break. Catch Ellie on her North American summer tour that starts on July 23 in Atlanta, GA. 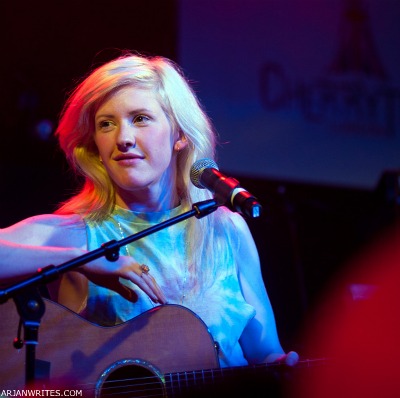 A radiant and gorgeous looking Ellie Goulding made a surprise appearance at the Cherrytree London concert on Monday night. Greeted by loud cheers of a raving crowd at a sold out King's College, the superstar British pop singer opened the show with a beautiful acoustic version of "The End," an unreleased track from her earlier recording sessions. Cherrytree London also featured performances by Far East Movement, LMFAO, Frankmusik, Natalia Kills and Colette Carr. I was there and have all the scoop. Look out for more bits and a review of the show very soon. (Download Ellie Goulding's "Lights" on iTunes in the U.S.) 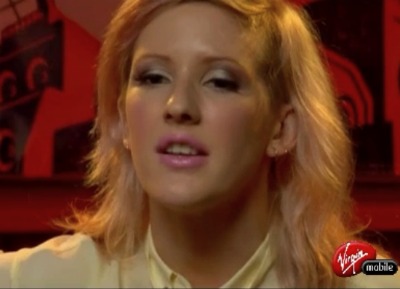 British songstress Ellie Goulding stopped by Virgin Mobile's Live House recently to perform special acoustic versions of "Starry Eyed" and "Guns & Horses," two tracks taken from her "Lights" LP that is available in the U.S. now. Stunning and beautiful performances that are a must-watch. Even though I love the warm, electro-tinged productions of Goulding's recorded music, her acoustic gigs make her distinct vocals shine even brighter that show what a remarkable talent she is. Watch the video after the break. 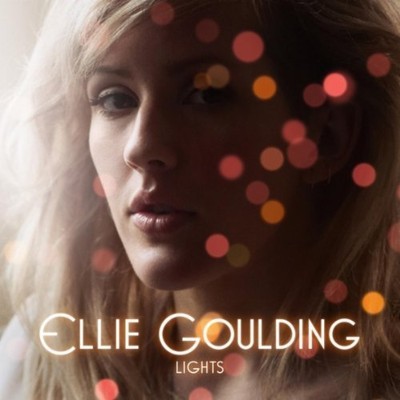 Ellie Goulding not only released a brand-new "Lights" remix EP this week, the singer also announced a North American summer tour that is on pre-sale now.

Goulding will make a few festival appearances (including Lollapalooza), but she will also perform headlining shows in Washington DC, Philadelphia, Boston, New York, Toronto, Detroit, Minneapolis and Los Angeles. Goulding's tour kicks off on July 23 in Atlanta, GA, which has pop fans down South very excited.

While waiting for Ellie to play in a city near you, make sure to download her brand-new "Lights" EP that features some very special remixes of the song, including a brilliant remake by Shook who gives the poppy original a breezy make-over that fits the laid-back summer season and neatly spotlights Ellie's one of a kind vocals. She's such a gem (and a sweetheart if I may add). (Download)

During her recent U.S. tour, Ellie Goulding made a quick stop at San Francisco's famed Alamo Park to perform a very special version of "Guns & Horses." It's a touching, stripped down rendition of the song that shows Ellie at her best, pouring her heart out and making you feel every single word she utters. Simply flawless. Ellie Goulding sings likes she means it. (Download Ellie''s LP "Lights" on iTunes.)