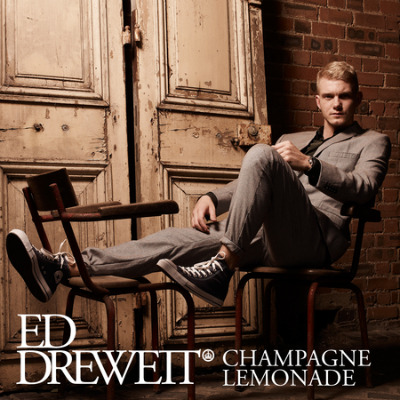 Fresh-faced U.K. singer Ed Drewett is getting a major push with his debut single "Champagne Lemonade" in Europe. Some of you may remember Ed from his collaboration with Professor Green on their U.K. smash hit "I Need You Tonight."

The goofy groovy Drewett will be striking out on his own next month when "Champagne Lemonade" will be released. It’s the first track to be taken from his debut album which will be released in March 2011. He’s been working on the record with a pretty impressive cast of producers and collaborators including Greg Kurstin (Lily Allen), Cutfather (Kylie Minogue, Christian Aguilera), Guy Chambers (Robbie) and Fraser T. Smith (Cheryl Cole, JLS). "Champagne Lemonade" is produced by the very talented Tim Powell, his first since leaving the Xenomania hit factory.

"Champagne Lemonade" introduces listeners to the contemporary sound of the yet-untitled album. Featuring a grimey groove and fat synth pumps, it is an incredibly catchy, high-octane pop tune that should fly up the charts in no-time overseas. Listen to the single and the special improvised swing version after the jump.