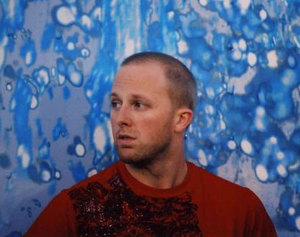 Here's something special for your Disco Friday.

Robbie Russell is an emerging Atlanta-based singer, DJ and producer who is creating a stir in dance clubs with his new single "Here With You." The track was produced by none other than Josh Harris who is mostly known for his remixes of The Killers, Kelly Clarkson, Brandy and Britney Spears. That's not a bad guy to have on your side if you're looking to impact the dance floor.

"Here With You" is not just any savvy slice of kicky dance pop. It is a song that is intensely personal for Robbie and was inspired by his battle with cancer. In April 2005 he noticed a lump on his neck and was subsequently diagnosed with Burkitt's lymphoma, a rare and highly aggressive cancer. Ironically, the very same day of his diagnosis, Harris sent Robbie an instrumental track for what would become his first single.

"I didn't know if I was going to live or die or what was going to happen to me. So I used music as my outlet and wrote 'Here With You' within an hour," he tells Arjan. "It's a song about dealing with the uncertainties of life and knowing that everything will be OK--that problems in life will work out in the end."

For the next few months, Robbie went in and out of the hospital and was treated with high doses of chemotherapy. Fortunately, his body responded well and four months later the cancer was in remission. He is currently is cancer-free with zero side effects.

Robbie is a survivor, ready to take on any challenge. The self-proclaimed "Lance Armstrong of dance music" decided to independently release his music to make sure his personal story of "Here With You" would get out there under his full artistic control. He asked several other producers to revamp the track and put together a digital EP with remixes by Josh Harris, Retrobyte, Scott K and Dave Hansen. He was glad to share his own Digi-Tech Remix with readers of Arjanwrites.com, Thanks, Robbie! (Click HERE to purchase the "Here With You" EP on iTunes. An EP disc is available on Perfectbeat.com.)

Stream Robbie Russell "Here With You"

Stream Robbie Russell  "Here With You" 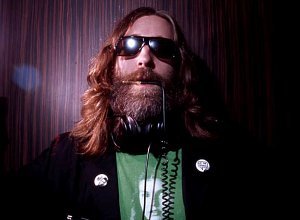 Brooklyn, NY based DJ/producer Tommie Sunshine released "Ultra Rock Remixed," a kicky compilation of his recent remixes on Ultra Records last month. Discovered by Felix da Housecat at a record store in Atlanta, Tommie "Rock DJ" Sunshine has built a solid reputation for turning indie rock gems into world-class dance stompers. With his help, bands like Panic! At This Disco were able to crossover from the rock circuit and be presented to a whole new audience.

Sunshine's vision to producing music is straightforward. "I want people to freak out and get a reaction. Bitch about it, talk about it. Even if that isn't always good," he said in an interview.

The double disc set "Ultra Rock Remixed" definitely gives you something to dance about. It includes mixes of The Sounds "Tony The Beat, The Gossip "Jealous Girls," Gang Of Four "At Home He's A Tourist" and "Yeah Yeah Yeahs "Y Control." Two of Sunhine's own creations are included on the album as well. Tommie and Ultra were happy to share those two tracks for your Disco Friday. My favorite of the two is "Dance Among The Ruins, a punchy electro-house tune with a hot, driving bassline.

Stream "Dance Among The Ruins The Ruins" by Tommie Sunshine: 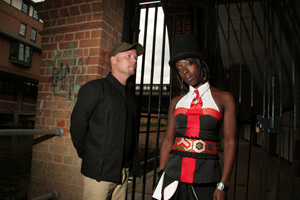 In anticipation of Miami's Winter Music Conference next week, I selected to feature Australian dance outfit Deep Face in today's installment of Disco Friday, my weekly dance item. Deep Face are producer/songwriter Chris Corby, composer Fran Power and vocalist Shirley Davis who shot to club fame with their dance smash EP "Been Good" in 2005. With their new record "Feel The Love" they attempt to repeat that success outside of Australia.

The band was formed at Melbourne's Latrobe University where Chris and Fran studied music technology.  They later added Shirley to the group to complete their line up. Deep Face puts out high-grade dance music with uplifting power vocals, an atmospheric hook and a slow-grinding house groove.

Lead single taken from the album is the outstanding vocal house track "I Want To Live" that was revamped by the Electro Freaks. They turned the smooth and soulful original into a pumping electro extravaganza. (Thanks to the fine folks at Fly Records for allowing me to share this remix.) 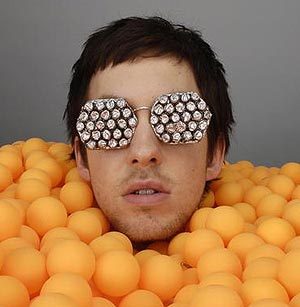 Calvin Harris is hailed as the new hero of European dance music. Not only does he serve up '80s inspired dance floor kicks with pop cross-over appeal, but he also sings and tours around with a full band, which gives him some serious cred as a musician.

Kylie Minogue agrees. The Aussie pop princess was recently photographed with Harris in the studio where he was working with her to lay down some tracks for her new album.

Harris' break-out sensation "Acceptable In The '80s" is currently storming up the charts overseas. Tom Neville and Belgium DJ duo The Glimmers have produced remixes of the track that are available on the 12" vinly version of the single. Both Neville and The Glimmers bring out the best in the song. They turn up the dance sensibilities while maintaining the fun, unpretentious synth qualities of the original. Check out clips of the mixes below.

In the spirit of Eric Prydz' "Call On Me," Shapeshifters' "Lola's Theme," Booty Luv's "Boogie 2Nite" and Junior Jack's "Stupidisco," De Souza's "Guilty" is the lastest disco banger that defines the current state of pop-oriented European dance music. Its pumping bassline, diva vocals and that darn infecious sample of a horn section suck you right onto the dance floor. "Guilty" will be commerically released on April 2 in the U.K. on Hedkandi Records.

De Souza is the braincild of multi-instrumentalist and house producer Chris Morris. On "Guilty" he not only worked with vocalist Shena but also with sound engineer and programmer Chris Allen. He most recently collaborated on the UNKLE album for James Lavelle and Queens Of The Stone Age’s Chris Goss. He also produced remixes for Robert Plant, Depeche Mode, Metallica, Muse, Missy Elliot and Jakatta. Allen got his start in the music industry working on the GRAMMY nominated debut album by Sonique.

Make sure to also check out samples of the white label remixes of "Guilty" courtesy of Juno.