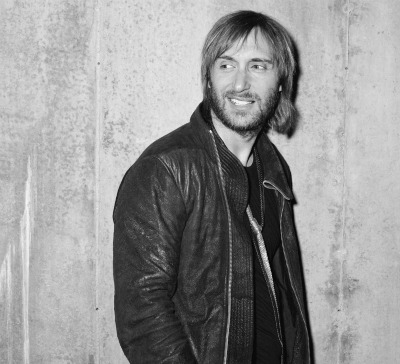 French DJ and producer David Guetta announced this week that his new album "Nothing But The Beat" will be released worldwide on August 30. This much-anticipated new LP includes a slew of collaborators, including Nicki Minaj, Dev, Usher, Jennifer Hudson, Snoop Dogg and his hitmaking pal Will.I.Am.

To kick things off in anticipation of the new record, Guetta will be releasing his new single "Little Bad Girl" next week that includes the sweet vocals of Taio Cruz and some spitfire rhymes by Atlanta rapper Ludracis. The song is dominated by massive, euphoric synth chords and a hard-driving dance groove of the hands-in-the-air goodness kind that have become Guetta's signature sound.

Prepped for radio and tuned for the dancefloor, this new Guetta ditty underlines once again that dance music has now officially been embraced by the American mainstream in a big way. A trend that Guetta helped inspire and now continues to drive forward as one of the most in-demand and influential producers in the world. (Download an instrumental version of "Little Bad Girl" on Beatport.com)